Grade Level:
8, 9, 10, 11, 12
Keywords:
Caring
Character Development
Civil Society
Courage
Fiction Literature
Philanthropic Literature
Book Title: Shattering Glass Author: Gail Giles This literature guide was written by teens for teens to accompany the reading of this "resilience literature." The guide below provides before, during, and after-reading discussion questions to guide reading comprehension and promote dialogue about issues of resilience, trust, independence, family, and community. This guide was written as an assignment in Mrs. Gresham's 11th grade literature class, and includes suggestions for community engagement. 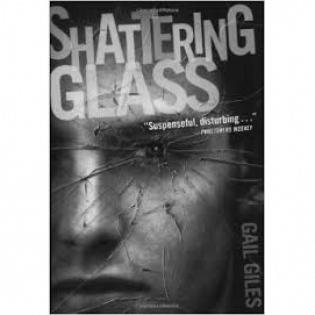 In the movie She’s All That, Zack Siler is the big man on campus at his Southern Californian high school when he and his best friend, Dean, challenges him to a bet on whether Zack can turn any random girl into the Prom Queen within six weeks. Dean picked Laney Boggs, a dorky, solitary, unpopular art student. This is much like how Rob challenges himself to turn sniveling Simon from total freak to would-be prom king.

Simon Glass is a clumsy nerd that occupies a low rung on the social ladder. People automatically make fun of him because it’s easy. Sherman Klump, from The Nutty Professor, was an oversized man who happened to be extremely clumsy. Sherman was very intelligent but not well liked by most. He was motivated to change but understood he needed to still be himself in the end.

The death of Glass in the final chapter was is similar to the death of the unarmed father beaten to death by 5 policemen. The man was innocent and unharmful in his actions. The man was brutally beaten and disfigured in Oklahoma outside of the Moore Warren Theatre. https://www.oklahoman.com/article/3934940/moore-police-respond-to-norman-mans-death-outside-warren-theatre

Glass was a manipulator. He played the game exactly how he wanted and he wasn't afraid to act out. Young was one of the crowd. He followed Robs every word. If Simon (Rob) said, Young did. He had to or he'd be out just like Glass in the end.