Throughout history America has been seen as a land of freedom and opportunity. This lesson will explore the history of why and how people came to America. 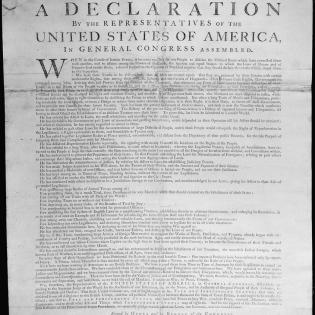 The teacher will tell the class that they are to go home tonight and ask a parent, aunt, uncle, grandparent or any adult relative to help them fill out the School/Home Connection Worksheet (handout below). The students will be exploring their own ancestry to find out where their ancestors may have traveled from to get to America. The following day the students will report their findings back to the class. Note to the Teacher: You will need to have a world map ready for the next day. It will have to be one that you are willing to sacrifice to pin holes. Allow the students, with teacher’s guidance, to mark the map with push pins in the locations from which their ancestors came. Some students will require more than one push pin. The teacher should also use push pins to share his/her ancestry with the class. Allow time for everyone to look at the diversity, or lack of diversity, from where the class’ ancestors came. If there is not much diversity, discuss possible reasons why so many of one nationality settled in the same area. They may have missed their homeland. They may have wanted to maintain their culture. It may have made being in a foreign land easier when they were with people from the same area.

Assessment will be based on teacher observation of student participation and completion of the School/Home Connection assignment.