What Do People Around the World Eat?

Students view images of families around the world and the food they eat in a week. They examine the similarities and differences in relation to different attributes, such as type of food, nutrition, cost, and quantity. Discussions of stereotype and diversity help students gain sensitivity to the strengths and needs of different people around the world. 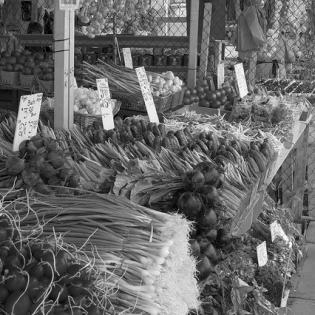 Write the names of five continents at the top of five chart papers: Africa, Asia, Europe, North America, and South America. Display the signs on the classroom wall for youth to write on.

Write a personal reflection in response to one or more of the following questions: How do food differences in the world reflect strengths and needs of diverse people? What are your personal biases related to food? What will you be more sensitive about in the future related to food availability and personal tastes?