Through reading the legend of King Arthur and the Knights of the Round Table, students will continue to investigate how present-day definitions of heroism have been influenced by cultural heritage and identify philanthropy themes intrinsic in their reading. 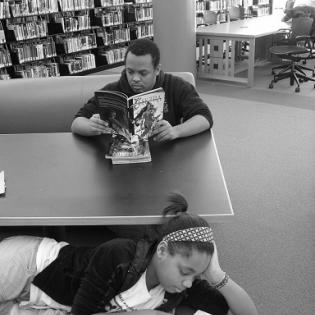 Interactive Parent / Student Homework:Students interview other adults about heroes of their youth. Students will record the responses to the following questions: What qualities make a hero? When you were my age, who were your heroes and why? What fictional heroes were your favorites and why? How did your personal hero act for the common good?

The following one-to one assessment procedure is recommended for class sizes with enrollment of twenty-students or less. For class sizes above twenty, have students respond in writing to the questions in one class period and evaluate as an exam. Students will be assessed on their interaction in the groups and individual interviews with the instructor, based on the rubric. (See Attachment Three: Assessment Rubric for Individual Interviews and Group Interaction.) Student learning will be assessed through the interview process. Some of the questions the instructor might ask to evaluate the student’s involvement and understanding might be: “What is the chivalric code? How are the heroes of Greek myth and Arthurian legend alike? How are the heroes of Greek myth and Arthurian legend different? Who was Sir Tarquine, and how was he important in the story we’ve just read?” Each student is to be asked the same questions. The interview process itself will take place during class sessions while the remainder of the class is engaged in script creation. Allowing three to five minutes per interview will require a minimum of one complete class period. The need to monitor group interaction, as well as perform the evaluation interviews, will dictate the pace and timing of both the assessment and performance portions of the lesson. Additional evaluation tools are: teacher-constructed quiz or test on reading content, evaluation of Attachment Two, class discussion and participation and completion of the School/Home Connection.