Lessons & Units / Unit: How Do We Spend, Save, and Donate?: Penny Drive / Lesson:

How Do We Spend, Save, and Donate?: Penny Drive

Grades:
6, 7, 8
Subjects:
Mathematics
Media / Technology
Philanthropy
Social Studies
Keywords & Concepts:
Budget
Common Good
Compare/Contrast
Contribute
Data Analysis/Probability
Donate
Economics
Fundraising
Generalize
Graphs/Charts/Tables
March Lesson
Money
Motivation for Giving
Patterns
Penny Drive
Personal Giving Plan
Point of View
Proportions
Reflection
Similarity
Spending
Symbolic Models
Time/Talent/Treasure
Students explore their thoughts about money and how it can be used in three different ways (spend, save and donate). They investigate motivations for giving as well as their own thoughts regarding their personal spending, saving, and donating. This lesson may be used with a penny drive or penny war to raise money for a charity.

Focus Question: How do our decisions about spending affect the common good? 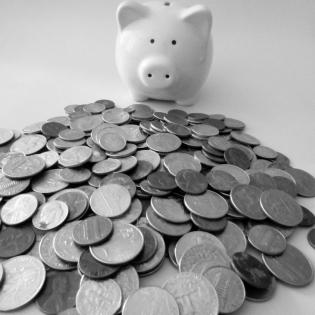 Give each student 10-12 small sticky notes.  Have the students write a word or phrase on each sticky note that comes to mind as they think about their involvement with the service.  Allow 2-4 minutes for their writing. (NOTE: Be prepared to hand students additional sticky notes if they ask for them.)  As the students are writing, place a four-column chart on the display board and label the columns: Feelings, Activities, Effects, and Misc. At the end of 2-4 minutes, have the students decide which column their words or phrases best fit and then have them place their sticky notes under the proper heading. When all of the notes have been posted, read the notes under each column to the students. Have them look for similar comments in order to synthesize and condense the number of sticky notes and eliminate duplication. Lead students to draw some conclusions about their service project experiences based on this activity.

Learner involvement in the class discussion and their depth of reflection and understanding, as represented by their comments and considerations given to the construction of their pie chart and personal commitment, will form the bases for assessment.

The class may hold a penny drive to raise money for a chosen cause. To hold the competition, each class or team competes against all others. Each team has a jar in a central location labeled with the team name and the charity they are raising money for. The idea is to earn the most money for your class or grade. In a penny war, teams try to collect the most pennies, and silver coins count against their total. This creates a competition where other teams try to sabotage the other teams by adding silver coins or dollar bills to the competitors' jars. The value of the coins count against the total, so a quarter subtracts 25 points from a jar of pennies. You can have two winners: one winner is the team that has the most points and another winner collects the highest monetary value.

My Commitment Pie Chart: Donating for the Penny Drive

Use of Money Pie Charts