First impressions of people can often lead to misunderstandings and unfair treatment of others. Using photographs, this lesson raises awareness of our tendency to judge others based on the appearance of a person. Learners reflect on the value of diversity and the necessity for more tolerance. 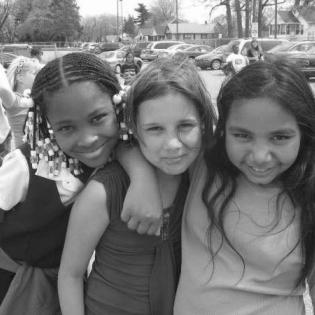 Prior to this lesson, prepare a way to display Handout One: Photographs or gather eight pictures of people of various ethnic backgrounds that will be used with Handout Two: What Do You See? At least five of the pictures should be of children  participating in various activities about the age of the learners in the class. One picture should be of senior citizens; one should be of a homeless person and one should be of a teenager.  Keep in mind that the photographs should not have any identifying information on them as the learners are to make assumptions  based on the physical appearances of the pictures that they are viewing. The pictures chosen should be general in nature. Before showing the photographs, tell the students that some of the images may make them want to comment or laugh.  Ask them to refrain from speaking or laughing out loud.

What does it mean to you that "diversity makes us stronger"?

Learner participation in the class discussion and writing prompt will serve as the assessment for this lesson.

Hold a public forum about a current human rights issue -- bullying in the school, gender equality, human trafficing, etc. Volunteer to tutor/assist a younger student or a special needs child Join or support an organization that promotes human rights Put up signs around school that raise awareness and encourage open-mindedness about differences making us stronger

What Do You See?