The Life of a Refugee

Through pictures, provocative questions, group discussion, and video, students explore what a refugee is, what his or her life is like, and how people can help them feel welcome and get the tools they need to survive in a new home. 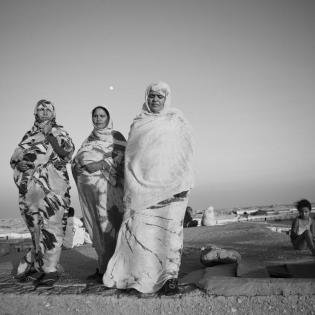 Read the following background on refugees and the work of UNHCR

Millions of people worldwide are considered refugees, living in virtually every country in the world. Unfortunately, the experience faced by refugees is often misunderstood. A refugee is a person who leaves his/her country for fear of persecution due to race, religion, nationality, political opinion or membership in a particular social group. Normally, a government guarantees the basic rights of their citizens; however, people become refugees when their human rights have been violated or threatened and the government is unable or unwilling to protect those rights. The leading causes of refugees fleeing their countries are war and ethnic, tribal or religious violence.
The UN Refugee Agency (UNHCR) was established in 1950 and works to protect and assist millions of refugees and other forcibly displaced persons, who are mainly women and children. UNHCR assists not only refugees, but also asylum seekers (when a person flees his/her country and seeks sanctuary in another country), refugees returning home (when a refugee returns to his/her home country), and internally displaced persons (when a person has been forced to flee his/her home for the same reason as a refugee, but remains in his/her own country and has not crossed an international border).
UNHCR works in places such as Afghanistan, Colombia, Sri Lanka, Sudan, Kenya, Iraq, Syria and many other countries across the globe. UNHCR provides support in the way of shelter, food, clean water, education and medical care. UNHCR not only works to ensure basic human rights for refugees, but it also works to find solutions to the major issues faced by refugees.
Vocabulary
Home Connection

Students may ask at home about their own family heritage. They may hear stories of the experience of leaving or coming to another culture.

USA for UNHCR videos (To Be a Refugee) https://www.youtube.com/channel/UC87dUGzhXNXeVhgBF1qSFbQ

KWL: What Do You Know about Refugees?

Life of a Refugee