This lesson introduces the students to concepts about homelessness, hunger and philanthropy. The students will listen to a story about a Chinese boy who chooses to give his precious four dollars (“lucky money”) to a homeless man, setting the tone for initial discussions about selflessness, and ways to address hunger, and poverty. 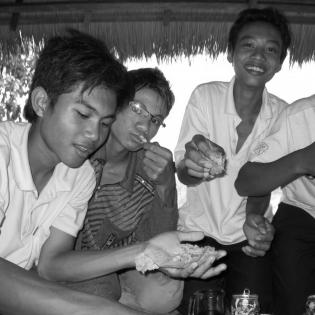 What opportunity have you given up for the sake of another? Was it hard? Did it feel satisfying?

Students make a list of needs that homeless people may have and brainstorm a list of items they could collect or make to donate to an organization in the community. They may donate their own gently used items, make items, or raise funds through a performance or service to make donations.