Lessons & Units / Unit: We Can All Do Our Share / Lesson:

Heroes in Our Community

This lesson will help students recognize heroes within their community. Children quite often revere sports stars and celebrities. But most real heroes are not people of great renown. They live near us. By performing small acts, they win our admiration. Since children imitate what they see and hear, it is important to point out to them what actions merit honor and which individuals deserve admiration. 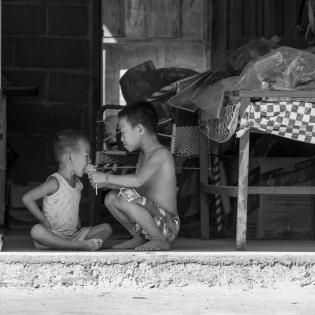 Ask the students to think of themselves as a hero, someone who has done something to make their world a better place to be. Send home Real Heroes are Everywhere (see Attachment Two) as an assignment, allow students to share the information when it is returned, and post it on the "Heroes Are Everywhere" display.

The teacher will assess the students on their participation in the discussions and on how well they followed the Hero Profile requirements.

Encourage students to think of a way to acknowledge the contributions of everyday heroes. They may write a thank you or illustrate a beautiful card for an everyday hero or someone who made a special effort in a crisis. They may use social media to call attention to the efforts someone made. Students may start saying, "Thank you for your service" to people serving in the military, firefighters, and other service people, and spread the word to encourage others to do the same.

Real Heroes in the Community