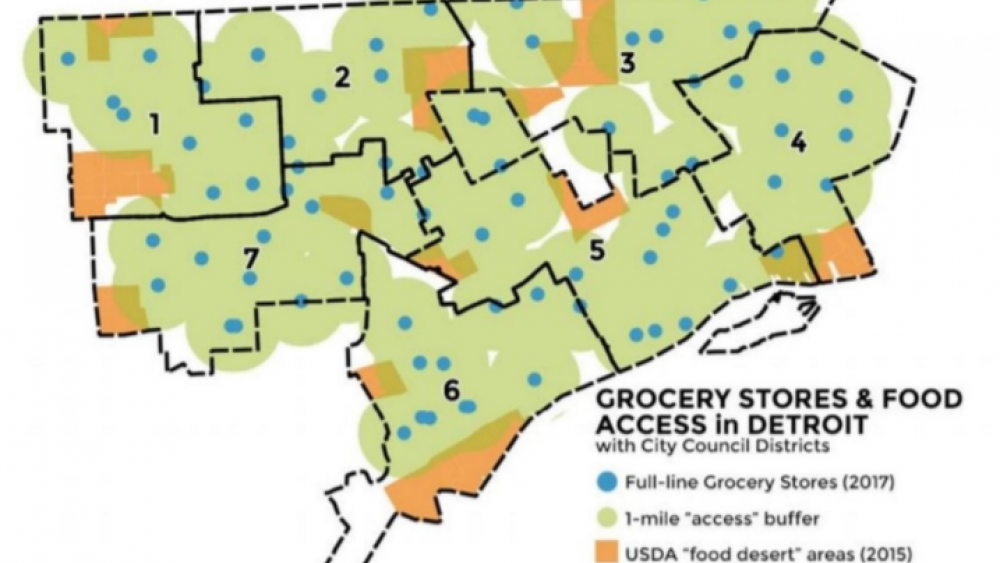 Food Insecurity: It's everywhere and how your students can help

Food security is defined as having economic and physical access to a sufficient level of safe and nutritious food. Food insecurity exists everywhere in the country.  Feeding America, the nation’s largest domestic hunger-relief organization, has a comprehensive website describing hunger among various demographic groups and data about food insecurity.  It reports that “1 in 6 children may not know where they will get their next meal.”

Hungry children face higher risks of health conditions like anemia and asthma; and it’s hard for them to concentrate in school when undernourished.

In some cases, food insecurity results because an area is a food desert, defined as when the population of the area doesn’t have ready physical access to a “full-line” grocery store, farmer’s market or other healthy food store. Check your area using this USDA interactive atlas map.

Focus on Detroit: An “Opportunity Desert”

Despite the City’s profile as a leader in the urban farm movement, many in Detroit are still food insecure according to a 2017 report by the Detroit Food Policy Council and the Detroit Health Department.  The Detroit Food Metrics Report provides both data and information about Detroit’s food system.  It reveals that:

​As the map above shows, Detroit has some areas that are food deserts, but the report concludes that the real issue is that Detroit is an “opportunity desert” because economic and transportation issues hinder access to grocery stores.

A network of food pantries and other food assistance centers, as well as government programs, help fill the food gap, but many Detroiters suffer from poor diets that contribute to high levels of obesity, diabetes and heart disease in the City.

How can your students impact food insecurity in your community? They can find their voice and build agency through engagement with the issue.

Learning to Give recently posted a Food Security and Food Justice toolkit exploring these issues with suggested lesson plans and links to local food-related organizations.  Here are a few of the ideas from the toolkit: