Grade Level:
9, 10, 11, 12
Keywords:
Act of Kindness
Community
Drum (The)
Generosity of Spirit
Kindness
Serial Reciprocity
Hindu Tale: A mother is disappointed when she can't give her son the one gift he wants. Later the son's generosity returns to him and he receives the gift after all. 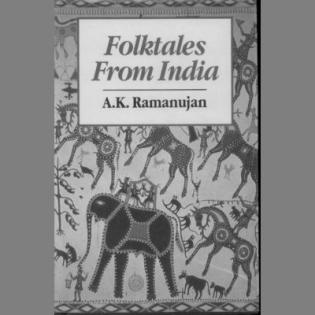 A poor woman had only one son. She worked hard cleaning houses and grinding grain for the well-to-do families in town. They gave her some grain in return and she lived on it. But she could never afford to buy nice clothes or toys for her son. Once, when she was going to maket with some grain to sell, she asked her son, "What can I bring you from the market?" He promptly replied, "A drum, Mother, get me a drum."

The mother knew she would never have enough money to buy a drum for her son. She went to the market, sold the grain, and brought some gram flour and some salt. She felt sad that she was coming home empty-handed. She when she saw a nice piece of wood on the road, she picked it up and brought it home to her son. The son didn't know what to do with it.

Yet he carried it with him when he went out to play. An old woman was lighting her chula, her woodstove, with some cow-dung patties. The fire was not catching and there was smoke all around and it made the old woman's eyes water. The boy stopped and asked why she was crying. She said that she couldn't light her fire and cook. The boy said, "I have a nice pair of wood and you can start your fire with it." The old woman was very pleased, lit the fire, made some bread, and gave a piece to the boy.

When he walked on, he came to the river, where he saw a washerman and his wife quarreling. The boy stopped and asked the man why he was scolding and beating his wife. The washerman said, "This woman broke the only pot we had. Now I've nothing to boil my clothes in before I wash them." The boy said, "Here, don't quarrel, take this pot and use it." The washerman was very happy to get a large pot. He gave the boy a coat in return.

The boy walked on. He soon came to a bridge, where he saw a man shivering in the cold without so much as a shirt on him. He asked the man what had happened to his shirt, and the man said, "I was coming to the city on this horse. Robbers attacked me and took everything, even my shirt." The boy said, "Don't worry. You can have this coat." The man took the coat and said, "You're very kind, and I want to give you this horse".

The boy took the horse, and very soon he ran into a wedding party with the musicians, the bridegroom, and his family, but all of them were sitting under a tree with long faces. The boy stopped and asked why they looked so depressed. The bridegroom's father said, "We're all set to go in a wedding procession. But we need a horse for the bridegroom. The man who was supposed to bring it hasn't arrived. The bridegroom can't arrive on foot. It's getting late, and we'll miss the auspicious hour for the wedding." So the boy offered them his horse, and they were delighted. When the bridegroom asked him what he could do in return, the boy said, "You can give me something: that drum your musician is carrying." The bridegroom had no trouble persuading the drummer to give the drum to the boy. The drummer knew he could easily buy another with the money he was going to get.

The boy now rushed home to his mother, beating his new drum, and told her how he got it, beginning with a piece of wood from the roadside.

Folktales from India: A Selection of Oral Tales from Twenty-two Languages, selected and edited by A. K. Ramanujan. (New York: Pantheon Books, 1991), 226-27.
View "The Drum" on this website.