Grade Level:
9, 10, 11, 12
Keywords:
Earth Cakes, Sky Cakes
Folktales
Generosity of Spirit
Leadership
Vietnam
Tale from Vietnam: The king issues a decree that each one of his sons is to prepare a special dish to offer to the ancestors. One of the princes expresses the simplicity and beauty of the land by creating rice cakes that represent the earth and sky. His dish wins the competition because of the symbolism and simplicity and as a result the young man becomes king. 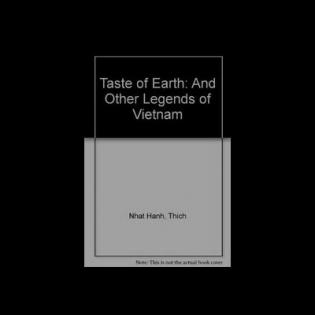 Têt, the New Year, had arrived. All the king’s relatives and friends had been invited to the palace to watch him wrap earth and sky cakes.

King Hung Vuong II was a just and good-hearted king. His joyful spirit attracted wholesome and talented people to help him run the country. Many people who had committed crimes repented and became fine citizens thanks to his great mercy. He wrote laws and created new customs to enhance the lives of the people. It was thanks to King Hung Vuong II that the people of Nag Lang chewed areca, a custom that warmed the atmosphere at all social gatherings.

For several years, people throughout the kingdom had imitated King Hung in making earth and sky cakes to offer the ancestors at Têt. It was said, however, that no one’s cakes could compare to the king’s, and people wondered if he had some special technique of wrapping them. When the king heard this, he smiled, and then he invited all the court for a New Year’s Eve dinner, after which they could watch and help him make the cakes.

Princess Thanh Dung, the king’s beloved daughter, greeted the guests as they arrived. She offered the adults a slice of areca, and gave the children coconut candy and banana cake that she herself had made. The children, dressed in new clothes, flocked around her like excited small birds.

As areca was chewed, happy conversations popped like corn. Then King Hung entered the hall, and everyone stood silently. He was dressed in a golden robe with a dragon embroidered across the chest, wearing a crown shaped like a Lac bird, fashioned from feathers and jade, and his slippers were bright red. The king opened his arms wide and welcomed all his guests, “Please be seated and continue your happy conversations!”

He walked throughout the hall to greet each person individually. Then he sat upon the throne in the center of the hall, and his attendants served everyone a simple meal of sweet rice and peanuts. After the guests finished eating, the king’s attendants set up a long table in the hall and placed the ingredients for earth and sky cakes—fresh banana leaves, sweet long grain rice already soaked and rinsed, and yellow mung beans—on it. Everyone knew that these were the necessary ingredients for New Year’s cakes, but how the king made such beautiful cakes was still a mystery to all present.

A fire was built that warmed the hall and on it a hug kettle was placed in which to boil the earth cakes. The king left to change and soon returned wearing simple cotton clothes. Everyone listened intently as he spoke, “My friends, I have invited you here this evening to tell you a story. You all know how to make New Year’s cakes to offer our ancestors. Many of you, better cooks than I, make far more delicious cakes than I do. But the most important ingredient, which I hope my story will show, is love.”

Then the king told them this story…

Though Lieu was a son of King Hung Vuong I, he did not live as luxuriously as the other princes and princesses of the kingdom. His mother, one of the king’s consorts, preferred a simple, country life. To her, wealth was unnecessary. She asked for nothing from the king, and taught her son to live simply in order to have the time to learn what was truly worthwhile in life.

One day, the king issued a decree that each prince was to prepare a special dish to offer at the ancestral alter on New Year’s Day. He said that each offering should express deep respect and gratitude to the ancestors. Because Lieu lived in the country far away from the palace, he learned of the decree much later than his brothers. What’s more, his mother had recently died and he had no one to counsel him about palace etiquette.

He thought about the king’s decree. It was like a competition. The prince who brought the most precious and delicious dish would surely be commended, and perhaps even given a high post. Lieu had no money to buy exotic ingredients nor did he possess great skill as a cook. He felt disturbed. He believed the kingdom flourished because of the virtue and knowledge the people possessed, and not because they had the wealth to prepare exotic cuisine. He resolved not to enter the contest and took a long walk to try to forget about it. That night he went to bed without supper.

His mother appeared in a dream. She smiled kindly and said, “My son, you have misunderstood the king. He does not demand wealth or fancy skill as a cook. He is only looking for a good heart, and that I know you possess.”

Lieu wanted to ask his mother what she meant but she only smiled and pointed to the rice fields with one hand and to the sky with the other. When Lieu awake he thought about his dream. Yes, his mother was surely right. The king was looking for more than exotic food. How could Lieu best express his gratitude and respect to the ancestors? And how could he show his desire to protect all that the ancestors had built? Could he do it without using rare and precious ingredients?

He thought about his mother’s clue—one hand pointing to the rice fields and one hand pointing to the blue sky. Of course! The square-shaped paddies were an image of Earth and the blue sky an image of heaven. Earth nourished the people. Heaven watched over them. These were the most precious gifts bequeathed them by their Goddess mother and Dragon Father.
Lieu sat looking out over the rice fields all morning. At noon he had an idea. He walked back to his hut and soaked a pot of sweet rice after selecting the most perfect grains. He also soaked a pot of beans and then placed them on the fire to cook. He gathered fresh banana leaves in the forest. He planned to make some cakes that were square-shaped to represent Mother Earth and all the plants that flourished on her. He used sweet rice because it was the people’s most basic and essential food, enjoyed by even the poorest families in the kingdom.

He filled the cakes with bean paste and fragrant onions to represent other gifts from the earth. He shaped the cakes into perfect squares and wrapped them in fresh banana leaves bound by thin strips of bamboo. He boiled them in a large kettle until the rice was cooked. While the earth cakes were boiling, he steamed another pot of sweet rice which he then pounded into a smooth paste. He shaped the paste into spheres to represent the sky and placed them on fresh green leaves. Both kinds of cakes were made without any waste, using only the simple ingredients that were available to all people, rich or poor.

That night his mother visited him again in a dream. She did not speak but her smile told Lieu how pleased she was with the cakes.

In the morning, he put on a clean robe and sandals, and carried the cakes in two baskets balanced on a shoulder yoke. By the time he reached the palace, the other princes had already placed their exotic and fancy dishes on the ancestral altar. Lieu suddenly felt ashamed at how humbled his offering was. He feared his brothers would laugh at him. Nonetheless, he placed his cakes on the altar next to the other offerings. The king commenced the New Year ceremonies.

After the ancestral offerings had been made, each prince carried his dish down for the king to examine and taste. The king stood for a long moment in front of each offering and asked each prince in detail about its preparation. Some dishes were made with delicate ingredients which could only be found in the deepest reaches of the forest or upon the highest mountains. Others were cooked from rare ingredients fished from the hearts of rivers or the depths of the sea. The king paused when he reached the earth and sky cakes. He asked Lieu how he had made them and whether their shapes had any meaning. He gazed at Lieu for a long quiet moment. Lieu felt uneasy standing there among his richly clad brothers. The king asked to taste the two cakes and then complimented Lieu on their good flavor. He moved on to carefully examine all the other dishes.

A month later Lieu was summoned to the palace. The king told him that because he possessed the heart, piety, and talent to protect the kingdom and honor the ancestors, the king intended to pass the throne on to him. Lieu was overcome with surprise and asked the king how he had arrived at such a decision. The king told him that the earth and sky cakes had been enough to let him know that Lieu would be a worthy king. That evening the king announced his decision to the people. Not one of the other princes expressed any resentment or jealousy.

And so Lieu, who had been raised in the simple countryside, became King Hung Vuong II. He taught the people how to make earth and sky cakes, telling them that it was not skill in cooking that mattered, but a heart filled with love and gratitude. To this day, Vietnamese families offer such cakes on their ancestral alters on Têt, their hearts filled with love for their homeland.