The Little Boy Who Talked with Birds

Grade Level:
9, 10, 11, 12
Keywords:
Folktales
Generosity of Spirit
Little Boy Who Talked With Birds (The)
Maya
Nature
A Mayan Tale: A young man works in the fields with his father daily, and every day the birds communicate with him, making him laugh and smile. When the father insists on knowing what the birds are saying he is unhappy and sends his son away. Using his special gift, the boy receives a great blessing and the prophecy comes true. 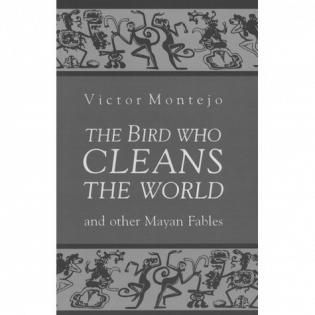 The song of the birds is a salute to life and in each song is a message of love.

Happy are they who can understand the notes trilled so clearly by the beautiful birds.
nbsp;

Some say that birds speak with each other in their own language and that this language is universal and full of harmonies that have no equal in the world. Among the Mayans who lived long ago there were people who could understand clearly those messages of the birds and who enjoyed immensely those beautiful dialogues and all the words they sang. Sometimes they were quick to heed the prophecies they heard. Sometimes the birds only sang, but other times their notes were messages for passers-by.

So it was with the young worker who went with his father to work in the fields every day. He never complained, even when his father treated him badly. On the contrary, he loved and respected his parents like any decent boy. When lunchtime came, the father and his son would sit in the shade of a tree beside the fields and drink the grain soup and eat their tortillas with beans and the wild chipilin greens. At this hour a beautiful bird also arrived and perched in the tree above them. Each day he sang in the same way.

One day, however, the father asked gruffly, "What is it saying, this bird that comes to sing to us?"

"And why do you laugh when it sings if it is only singing?"

“Only because I enjoy hearing it sing, nothing more," the boy said.

"If it pleases you, then it is because it is saying something. Tell me!" the angry father ordered.

"It doesn't say anything," the boy replied casually.

"Don't try to hide it from me. Tell me quickly or I'll give you a beating!" the father warned.

The father's threats grew more severe. Because the boy did not want to anger his father anymore, he said, "Since you insist, I will tell you. It says you will have to salute me one day."

The father felt insulted. "Salute you! Are you crazy?"

The father became even angrier and exclaimed, "All right, how is it going to happen that a father salutes a son?"

"I don't know. You insisted and I have only told you what the bird was singing."

The father was very upset by all of this because he thought his son was losing respect for him and that a day would come when the boy would humiliate him. The rigid man began to treat the boy even more unjustly, finally throwing him out of the house.

The boy bore this injustice patiently and wandered aimlessly about the world, like an orphan or a lost child. When he had travelled for a long time, the boy came to the domain of a great chief where by chance he heard the following proclamation:

He who can interpret the squawks of the crows who come every afternoon fluttering about the chief's window, can marry the chief's daughter and inherit the kingdom.

Many had tried to pass the test, but their interpretations had not satisfied the chief. The proof of this was that the crows kept coming to the window every afternoon to disturb the chief, never heeding any reply to their squawking. Then someone told the chief that a strange boy had arrived in the community, and the chief immediately ordered that he be brought before him.

The boy came before the great chief and asked why he had been called. The chief replied, “Two crows come here every afternoon to flutter about and squawk through my window. Now I am fed up with them. How should I know what they want? Many have tried to understand what these birds say, but they have all failed. Stay here until they come and let's see if you can resolve this problem."

That afternoon the two birds arrived at the usual hour and began to squawk loudly. The boy approached the window and then smiled as he listened to the excited squawking. When they finished, the boy told the chief what he had understood.

So the boy told this to the crows that very afternoon and they were immediately satisfied with the solution, and flew off happily.

After that, the chief was satisfied, and he soon fulfilled his vow by marrying his daughter to the boy, who soon inherited all that he owned. All the people from the neighboring villages attended the wedding feast. Among them came two old people whom the boy soon recognized.

Everyone came forward to salute the new chief, including the old couple. They greeted him respectfully, "Good health to you, great lord!" the trembling old man said.

The young chief rushed forward to greet the old man and said, "Don't bow before me and don't salute me, because I am your son. Don't you remember me and that bird and how you made me tell you what he said in his song?"

"Oh, my son! Forgive me for what I have done to you," the old man sobbed.

The boy embraced his parents and announced, "Don't worry, father. I'm not angry. From today on, you and mother will live near me so our family can be reborn in peace and happiness."

And so, when the prophecy of the bird who sang by the cornfield came to pass, thus ended the story of the boy who understood the language of the birds.