Grade Level:
9, 10, 11, 12
Keywords:
Folktales
Generosity of Spirit
Inuit
Magic Bear (The)
Native Americans
Respect
A Native American Tale (Inuit): A childless couple receives the gift of a child from the blood of a polar bear. When his father insists on the bear hunting one of its own kind, the bear does as he is told but then leaves his home, never to return. 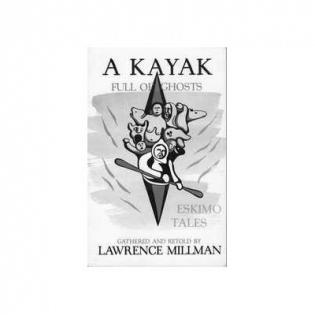 Once there lived an old couple who did not have any children. The woman was thin and wrinkled, yet this couple still hoped to have a child somehow. One day, after he had killed an ice-bear, the old man took some of the blood and passed his hands over it, singing:

At which point the blood turned into a little bear. The old couple fondled it, fed it, and took it into their sleeping skins with them. At length it was able to hunt harbor seals for its house-parents. Then it went after ringed seals. Once it even brought back a walrus. At last there came a day when the old man asked it to bring back an ice-bear. He said he liked nothing better than a big fresh slab of ice-bear meat. The bear was very upset by this, for it did not want to hunt a fellow creature. But the old man insisted, saying: "I am the house-father here. And you must do as I say."

And so the bear went off and brought back a big she-bear, which the old couple cut up into steaks. They ate these steaks that same night. After dinner, the bear left the house and did not return in the morning. Nor did it return the next morning. Both man and woman sang:

"Flesh of our flesh
blood of our blood
dear bear, dear bear
come back home to us ..."

But the bear did not come back. The old people sang and wept and, in a short while, died.

Used with the permission of Lawrence Millman.

Related Resources
Tiggak
Generosity of Spirit in World Folktales and Myths
The Man Who Transgressed a Taboo
https://www.learningtogive.org/sites/default/files/link_bg1.jpg