Grade Level:
9, 10, 11, 12
Keywords:
Folktales
Generosity
Generosity of Spirit
Giving
Judaism
Magic Pomegranate (The)
Sharing
A Jewish Tale: Three brothers set out to find unusual gifts. Ten years pass and when they unite they have each found magic objects that will test their relationships and their generous spirits. How does giving change us? 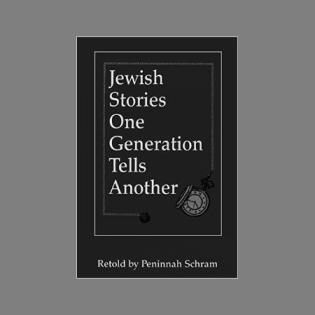 Once there were three brothers who loved adventure. One day they decided to go on a journey, each one to a different country, and to meet again on a certain day ten years later. Each brother was to bring back with him an unusual gift.

The oldest brother decided to go to the East. When he arrived in a certain Eastern town, he was fascinated by what he saw there: magicians, dancing girls, jugglers, and acrobats were everywhere. As the brother was watching the entertainments, he saw one magician hold up a magic glass through which he could see to the distant corners of the kingdom.

The second brother traveled to a country in the West. Wherever he went, he kept his eyes open, and his mind as well. He was always on the lookout for the most unusual gift he could bring back to his brothers.

One day, he was attracted by the cries of an old carpet seller, who called out, “Carpets for sale! Beautiful! Wonderful! Carpets here!” The brother approached the carpet seller and began to examine his carpets, when suddenly he saw the carpet at the bottom of the pile begin to move. It seemed to be moving by itself! “What kind of carpet is this one?” he asked, pointing to the bottom one, which was quite visible by then.

The old merchant motioned for him to bend down and whispered in his ear, “This is a magic carpet. Buy it, and it will take you anywhere you want to go—and quickly too!” The second brother and the carpet seller finally settled upon a price, and the brother took the magic carpet with him, satisfied that he had a most unusual gift.

The youngest brother went South, and when he arrived in a certain country, he traveled far and wide to see what he could find to bring back to his brothers.

Now, this was a country noted for its many forests. One day the youngest brother was walking in a grove of trees when he noticed something strange—a tree that was of a different shape from the hundreds of other trees around it. It was covered with orange-red blossoms, and it was so beautiful!

As the younger brother came closer, he saw that there was only one red pomegranate on the tree.

The youngest brother examined the pomegranate, marveling at its beauty. “The shape is so perfect,” he thought, “crowned with the crown of King Solomon.” He walked away from the tree looking at his mysterious new treasure. When he looked back to see the pomegranate tree once more, it was no longer there. It had disappeared. “Now I know this is a magic pomegranate, and so this is what I will bring to my brothers.”

Ten years passed, and when the three brothers met as they had planned, they embraced with delight. They eagerly showed each other the unusual objects they had brought back from their journeys.

The oldest brother said, “Let me look through my glass and see what I can see.” When he held up the glass, he saw, in a far-off kingdom, a young princess lying ill in bed, near death.

“Quickly, dear brothers, get on my magic carpet and we’ll fly there!” said the second brother. In what seemed like seconds, the three brothers arrived at the far-off kingdom.

In the royal palace of this kingdom, the King, whose daughter lay ill, was grief-stricken. He had sent for every doctor in the country to cure the princess; but they had all failed and there was no hope left for the princess. Finally, the King had sent a messenger throughout the country saying, “Whoever can save my daughter, the princess, will have her hand in marriage, and half the kingdom!”

When the young man saw the princess, he approached quietly and sat by her side. Then he took the pomegranate from his pocket, cut it open with gentle care, carefully cut each kernel from its place, and then fed the juicy red kernels to the princess. In a few moments, the princess felt stronger, and the color returned to her cheeks. Soon, she sat up in her bed, fully restored to health.

The King was overjoyed. He hugged his daughter and, turning to the three young men, he announced, “The man who saved my daughter will marry her.”

The three brothers began to quarrel, each one claiming to be the one who should marry the princess.

The oldest brother said, “If it were not for my magic glass, we would never have known the princess was ill in the first place. So, since I discovered this first, I deserve to marry the princess.”

“But, brothers, It was because of my magic carpet that we could arrive so quickly,” argued the second brother. “Otherwise, the princess would have died. I deserve to marry the princess.”

Then the youngest brother said, “It was my magic pomegranate that actually healed the princess. I deserve to marry her.”

The King finally turned to the princess and asked, “Who do you think deserves to marry you, my daughter?”

The princess answered simply, “I will ask each of them a question.” She turned to the oldest brother and asked, “Has your magic glass changed in any way since you arrived in this Kingdom?”

“No,” replied the oldest brother. “My glass is the same as always, and I can look through it and see to every corner of this kingdom.”

The princess turned to the three young men and said, “I will marry the youngest brother because he performed the greatest good deed—because he gave up something of his own.

The brothers and the King all understood the wisdom of the Princess. A lavish wedding was arranged for the princess and the youngest brother.

And the King appointed the princess and all three brothers to become his royal advisers.