The Man Who Transgressed a Taboo

Grade Level:
9, 10, 11, 12
Keywords:
Folktales
Generosity of Spirit
Menomini
Native Americans
Traditions
A Native American Tale (Menomini): The story of a man who turned a curse into a blessing. It was the deceit and selfishness of his comrades that made the man turn into a catfish, and he used it to bring provision to his father. 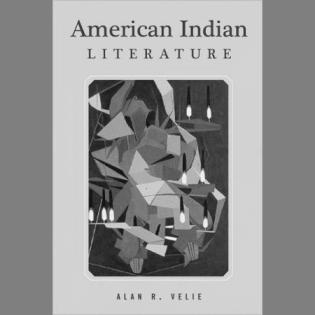 There was once an Indian who had a taboo against eating porcupine. He himself had originally been an animal but was transformed into a human being and therefore does not eat the flesh of the porcupine lest he be transformed again. He chose to live among the Indians and had for associates nine young warriors, all of whom knew that he must never eat porcupine flesh, either cooked or raw. Wherever he went he always carried with him his sacred dish to eat from. These young men, not believing that his story was true, planned to trick him into eating some of the forbidden meat, just to see what would happen.

Once when they were hunting together, one night one of the young men went out and killed a porcupine. They hurried and cooked it, and put some of the meat into their friend's sacred dish, saying, "Let us eat out of this dish, and daub it up with porcupine grease, then we will put it back into his pack and he will never know the difference."

When their friend came back that evening, the one that was cooking supper said, "Come on, each bring your dishes, and I'll dish up your food for you." Last of all came the man with the sacred dish and when it was filled he sat down to eat, but the moment he looked at it, he could see the shade of the porcupine meat that had been put in it while he was gone, and he knew that it had been defiled. He sat there a while, and then raised his head and looked about saying to his comrades, "Didn't you know enough not to betray your friend, didn't you know enough to stop each other from putting porcupine meat into my dish? Well now if you really want to know me, you will see."

Then they all ate and shortly afterwards they went to bed, to sleep; but the one that had eaten the porcupine meat, kept getting up to drink water, until his comrades were obliged to go several times to bring big pails full of water to him, At last, he got up and went down to the spring to drink and returned. Still he was more thirsty, until at last he lay down by the spring and put his head in the water to drink, and continued to take water without stopping.

Meantime the nine comrades ran back and forth, frightened, and wondering, but they could give him no help, all they could say was, "Papinisiwug!" Meanwhile they saw their betrayed comrade rapidly changing into a catfish. This kept on till daylight, when they saw the upper part of their friend's body was that of a fish, and his legs were human. Now he began to wiggle to and fro: the spring became a huge lake, and in the center of it the unfortunate man swam as a gigantic catfish.

"Oh, alas!" cried his friends, "When we go home, let us tell his father that his son ate porcupine by mistake and that we did not know it or do it purposely to him." So they sent one of their number to tell the unfortunate man's parents, and the old people came to the place at night and saw their son as a great catfish. Then the father took his tobacco in sorrow and said to the other Indians that had also come to see the miracle, "Take my tobacco and try to find out the cause of this."

Then one of the men, who was a medium, took the tobacco, and said, "Yes, you who are afflicted. I will try tonight, with my power, to see and learn the cause of this thing and find out if there is any remedy." That night the seer went into a trance and learned that it was impossible to bring the catfish back to human shape, but the betrayed youth said that he would help his father, if his father would come and live on the shore of the lake. The father obeyed the catfish son's instruction, and came there.

In the morning it was only necessary for him to peep out or to raise the mat door and there he would see a large buck standing between him and the water's edge, and it was easy for him to get all sorts of game, for the animals came to him. Anything that the catfish thought his father might wish to eat, he would cause to come near the camp. Especially in the autumn would his father come there to stay, and once he even stayed all winter collecting meat. On sunshiny days, when there were no clouds in the sky, the father perceived a great catfish lying on the sandbar on the lake, but on dark days the catfish hid. One fine day in the springtime, when the catfish lay there the father said to his son, "We are now going home with all that you have given us, deer meat and bear."

So he left and gave some to all the friends in the village, and the seer who had helped him was there and said, "It is good, as it turned out, and your son said that during your lifetime, you will only have to go to the lake shore during the fall and winter and he will supply all your wants and make you happy."