Grade Level:
9, 10, 11, 12
Keywords:
Burma
Character Education: Perseverance
Folktales
Generosity of Spirit
Old Alchemist (The)
Perseverance
A Tale from Burma: A young man is obsessed with his schemes for turning matter into gold. His wife's father realizes his daughter will suffer if her husband doesn't learn how to make a real living, so he devises a ruse to get him to earn a living. Eventually he realizes his wealth and has his wife to thank. 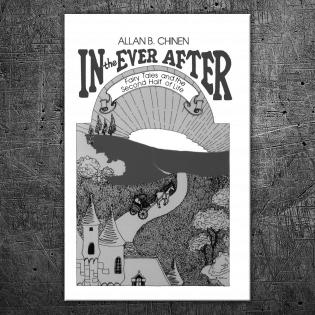 Once upon a time, there lived an old man with his beautiful daughter. She fell in love with a handsome lad, and the two married with the old man’s blessing. The young couple led a happy life, except for one problem: the husband spent his time working on alchemy, dreaming of a way to turn base elements into gold. Soon enough, he ran through his patrimony, and the young wife struggled to buy food each day. She finally asked her husband to find a job, but he protested. “I am on the verge of a breakthrough!” he insisted. “When I succeed, we will be rich beyond our dreams!”

Finally the young wife told her father about the problem. He was surprised to learn that his son-in-law was an alchemist, but he promised to help his daughter and asked to see him the next day. The young man went reluctantly, expecting a reprimand. To his surprise, his father-in-law confided in him, “I, too, was an alchemist when I was young!” The father-in-law inquired about the young man’s work, and the two spent the afternoon talking. Finally the old man stirred with excitement. “You have done everything I did!” he exclaimed. “You are surely on the verge of a breakthrough. But you need one more ingredient to change base elements into gold, and I have only recently discovered this secret.” The old man paused and sighed. “But I am too old to undertake the task. It requires much work.”

“I can do it, dear father!” the young man volunteered. The old man brightened. “Yes, perhaps you can.” Then he leaned over and whispered, “The ingredient you need is the silver powder that grows on banana leaves. This powder becomes magic when you plant the bananas yourself, and cast certain spells upon it.”

“How much powder do we need?” the young man asked. “Two pounds,” the old man replied.

The son-in-law thought out loud, “That requires hundreds of banana plants!”

“Yes,” the old man sighed, “and that is why I cannot complete the work myself.” “Do not fear!” the young man said, “I will!” And so the old man taught his son-in-law the incantations and loaned him money for the project.

The next day, the young man bought some land, and cleared it. He dug the ground himself, just as the old man had instructed him, planted the bananas, and murmured the magic spells over them. Each day he examined his plants, keeping weeds and pests away, and when the plants bore fruit, he collected the silver powder from the leaves. There was scarcely any on each plant, and so the young man bought more land, and cultivated more bananas. After several years, the young man collected two pounds of the magic dust. He rushed to his father-in-law’s house.

“I have the magic powder!” the young man exclaimed. “Wonderful!” the old man rejoiced. “Now I can show you how to turn base elements into gold! But first you must bring your wife here. We need her help.” The young man was puzzled, but obeyed. When she appeared, the old man asked his daughter, “While your husband was collecting the banana powder, what did you do with the fruits?”

“Why I sold them,” the daughter said, “and that is how we earned a living.”

“Did you save any money?” the father asked.

“May I see it?” the old man asked. So his daughter hurried home and returned with several bags. The old man opened them, saw they were full of gold, and poured the coins on the floor. Then he took a handful of dirt, and put it next to the gold.

“See,” he turned to his son-in-law, “you have changed base elements into gold!”

For a tense moment, the young man was silent. Then he laughed, seeing the wisdom in the old man’s trick. And from that day on, the young man and his wife prospered greatly. He tended to the plants while she went to the market, selling the bananas. And they both honored the old man as the wisest of alchemists.

Related Resources
Generosity of Spirit in World Folktales and Myths
Ma’ruf the Shoemaker
The Young Man Who Refused to Kill
https://www.learningtogive.org/sites/default/files/link_bg1.jpg