Padmasumbhava and the Felicity Scarf

Grade Level:
9, 10, 11, 12
Keywords:
Character Education: Respect
Folktales
Generosity of Spirit
Padmasambhava and the Felicity Scarf
Respect
Tibet
A Tale from Tibet: The story of how giving scarves in Tibet is a gesture of respect. 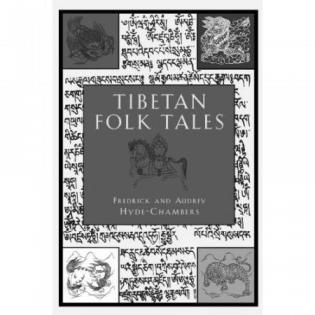 There is a story told of Padmasambhava, the famous Indian teacher, who more than any other was responsible for bringing Buddhism to Tibet over twelve hundred years ago.

It is said that the Tibetan king, who was not a Buddhist, deeply resented the reverence and honor the people of Tibet were showing to the great Indian teacher Padmasambhava. Indeed, it seemed to him that the people revered Padmasambhava more than they did their own king! So the king decided to make sure that when the great teacher visited him, all the country's leaders would see this man, whom they honored so much, pay homage to their king.

On the day of Padmasambhava's visit all the courtiers were assembled to watch him pay his respects to their king,
who waited to acknowledge the great teacher. The haughty king could hardly conceal his delight when Padmasambhava raised his arms as if to prostrate himself before the royal throne, but flames darted from Padmasambhava's hands and ignited the king's clothes, which were ablaze in seconds. As courtiers beat out the flames, the king, stifled by the smoke rising through the folds of his ceremonial scarf, tore it from his shoulders. Realizing the great teacher's power, he threw himself at Padmasambhava's feet in submission and offered the scarf to him as a token of humility. Padmasambhava accepted the scarf, then returned it to the king, draping it around his neck as a blessing and signifying the victory of spiritual over temporal power.

And so it is said in Tibet, a land of few flowers, that Padma-sambhava established the giving of katas, or felicity scarves, as a gesture of respect.