Grade Level:
9, 10, 11, 12
Keywords:
Folktales
Generosity of Spirit
Giving
Judaism
Special Gift (A)
Jewish Tale: A childless woman volunteers at a hospital where she cares for a woman with no family. When the woman lies dying she promises her friend she will send her a baby. Shortly afterwards, the childless woman has a child of her own. How do we understand the timing of the gifts that come into our lives? 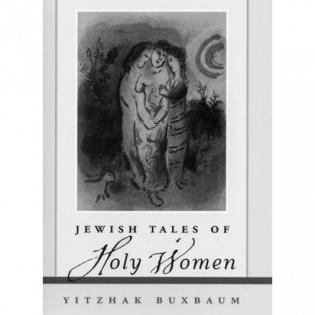 On the third day of Hanukkah, there was a bris in Boro Park, Brooklyn. The Bobover Rebbe was the sandak—being honored to hold the baby on his lap—and he told this story at the bris.

There was a woman in Brooklyn who was married for fifteen years and was not blessed with children. She went from rebbe to rebbe, from tzaddik to tzaddik, from one to the other to ask for a blessing, for them to pray for her, but still she had no child. She did not know what to do with herself.

Being without children, she had a lot of time, and so she became a volunteer in a hospital. And there she discovered a woman who was sick and all alone, who had nobody in the world. For two years, she took care of that woman.

After two years, the ill woman left this world, and the woman without children was with her when she died. The dying woman said to her, "There's no way for me to thank you in this lifetime for what you did for me. But I promise you, the moment I go up to heaven and stand before the Master of the world, I swear to you I will send you a baby."

The Bobover Rebbe said, "The baby that was just circumcised is that baby. He is a gift from that woman."

Used with the permission of John Wiley & Sons, Inc. www.wiley.com

Related Resources
Silk Brocade
A Story and a Song
Soup of the Soup
https://www.learningtogive.org/sites/default/files/link_bg1.jpg