Lessons & Units / Unit: Do Not Stand Idly By (Private-Religious) / Lesson:

Following in Their Footsteps (Private-Religious)

This lesson emphasizes that each individual must take action. After reflecting upon all that they learned earlier in the unit, students will have the opportunity to plan and execute a tikkun olam project of their choosing to help the local community. 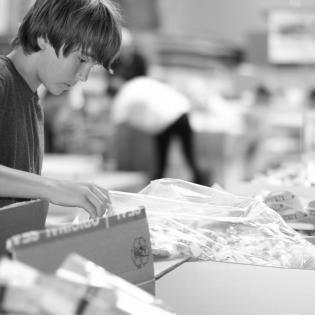 Pastor Marin Niemoller. “First They Came for the Jews”  http://www.serendipity.li/cda/niemoll.html

Goals and progress as documented on the Project Plan Worksheets should be assessed throughout the project. At the end of the six weeks of planning, have each student tell the class how it felt to partake in their tikkun olam project. Ask them to describe the best part, the hardest part, and what future tikkun olam projects they would like to do.

Students will plan and execute a service project to help the local community.

First They Came for the Jews