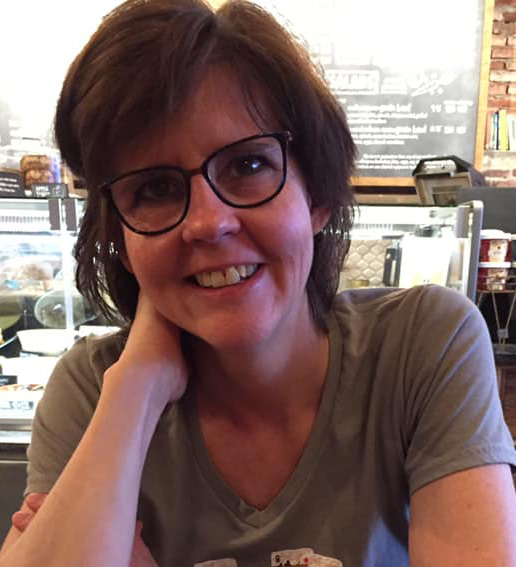 Betsy Peterson is a former teacher with a heart for experiential learning and helping students recognize their voice. Her elementary classrooms reflected a love for learning and community involvement. Betsy first learned about the impact of philanthropy education when Learning to Give piloted its lessons in Michigan schools, demonstrating that the skills, joy, and empowerment of philanthropy could be formalized into teachable knowledge and experience when integrated into all K-12 academic subjects. Ms. Peterson started at Learning to Give as a consultant and has served as an editor, writer, director of curriculum, and director.

Ms. Peterson believes that as more youth learn about ways to be generous in community, we all have a stronger and more kind future. 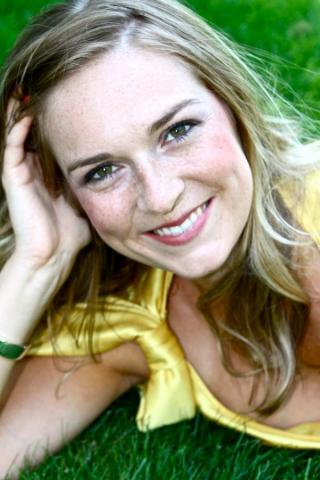 Katelyn Herrygers is a community and project manager with a heart for purpose-driven work. She participated in a Learn and Servce club at her high school and then dove into the philanthropy world as a career opportunity during a summer internship at the Grand Rapids Community Foundation during her undergraduate studies at Aquinas College. This experience solidified her desire to do meaningful work that positively impacts the community through service, education, and giving.

After earning a Master’s degree from Western Michigan University in 2014, she decided to stay in West Michigan rather than pursue a PhD at an out-of-state program. Over the course of the last half-decade, Katelyn has gained valuable experience in marketing, digital advertising, event planning, project management, communication, and social media.

Katelyn writes for fun and self published the book I Am Me in 2019 for her son Jameson, who has Down syndrome. "Jay has Down syndrome and it is my goal as his mother, and advocate, to make sure he knows (and the world!) that he is super just the way he is. As the book says, 'You are you and I am me, just exactly how life is meant to be.'"

Check out her blog KatelynShae to read some of her other work and learn about the book. Katelyn is also the co-owner of a gourment popcorn and vintage candy shop in Holland, MI called Poppin Huis. There the Super Jay Brand was created to celebrate the fact that we are all exactly who we are meant to be. Poppin Huis, and other stores that incorporate the Super Jay Brand, are committed to donating a portion of their Super Jay Brand sales to a local nonprofit that provides resources and services for people in need.

Learning to Give Ambassador Trainers

If you're an educator from any of our Ambassador represented states, feel free to reach out to Katie Herrygers to be connected to your local Ambassador. Our team of Ambassadors are trained and available to lead professional development workshops or conference sessions that incorporate the background knowledge about why we give and participate in community, the power of service-learning experiences as a hands-on approach to how to give and engage in community, and built-in reflection and demonstration opportunities that offer students a chance to share their learnings and impact. 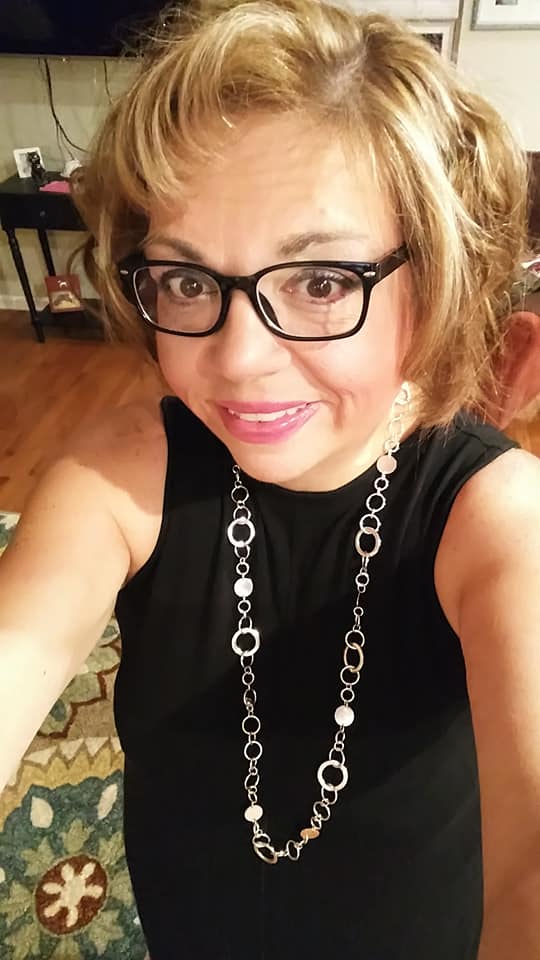 Liz Benstead teaches Civic Engagement/Service/Service Learning within the specials rotation to all K – 5 students at Rocky River Elementary in Concord, North Carolina. She firmly believes that the three T’s of philanthropy (time, talent, and treasures) are just as essential as the three R’s in academics (reading, writing, and arithmetic). She is passionate about educating the whole child by using project based and service learning within the classroom.

She obtained a Bachelors degree in Elementary Education from Rivier College in New Hampshire and a Masters in Secondary Education from Simmons College in Boston. After teaching middle school for twenty years in Massachusetts, she moved to North Carolina (to escape the harsh New England winters).

Liz is currently an executive board member on the North Carolina Service Learning Collation. She is also working with North Carolina Legislators to incorporate a food recovery program, at all NC public schools. The Food Bus project promotes food recovery for the sake of alleviating hunger by collecting unused/unopened food leftover from school lunches, instead of throwing in the garbage. Rocky River Elementary recovered/donated 3,000 pounds of food to the Cabarrus County Food Bank during the 2017/2018 school year. 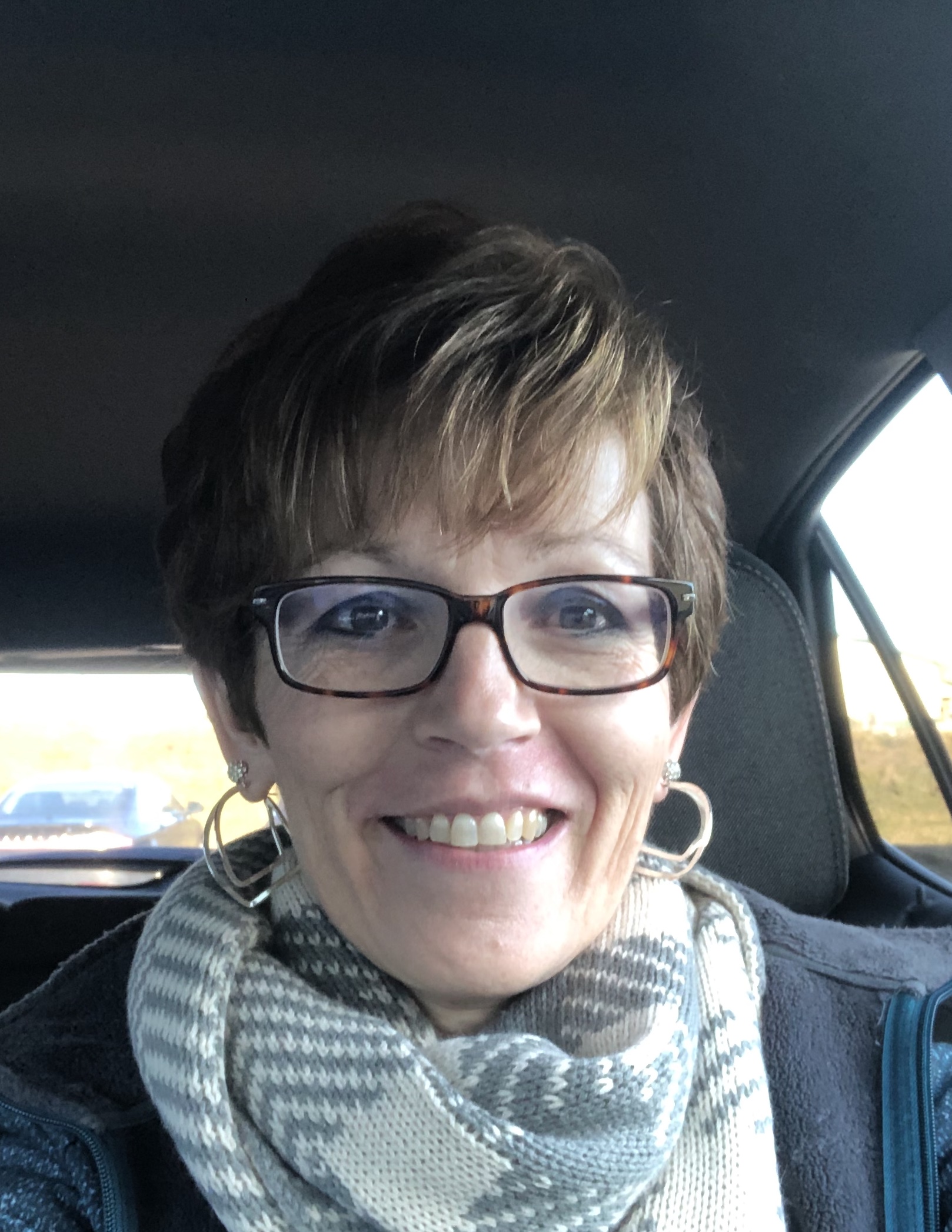 Kathy Roberts is a Language Arts teacher at Springfield Middle School in Battle Creek, Michigan. Philanthropy Education has become “how we do things” in Kathy's classroom. "It’s a philosophy of teaching that addresses the whole student and reaps many benefits and rewards," she says. "It has revolutionized my teaching and ability to impact my students."
Kathy has been able to make connections with students that she never dreamed were possible. Students know she cares and she demonstrates this through introducing them to something (service) that will help build their confidence and self-esteem. "I don’t think we’ll ever know the full impact of this, but I can tell that it’s made a huge difference in the culture of my classroom." Favorite Quote: "It's nice to be important but it's more important to be nice!"
Kathy joined the LTG Ambassador Trainer team during the 2018-19 school year. 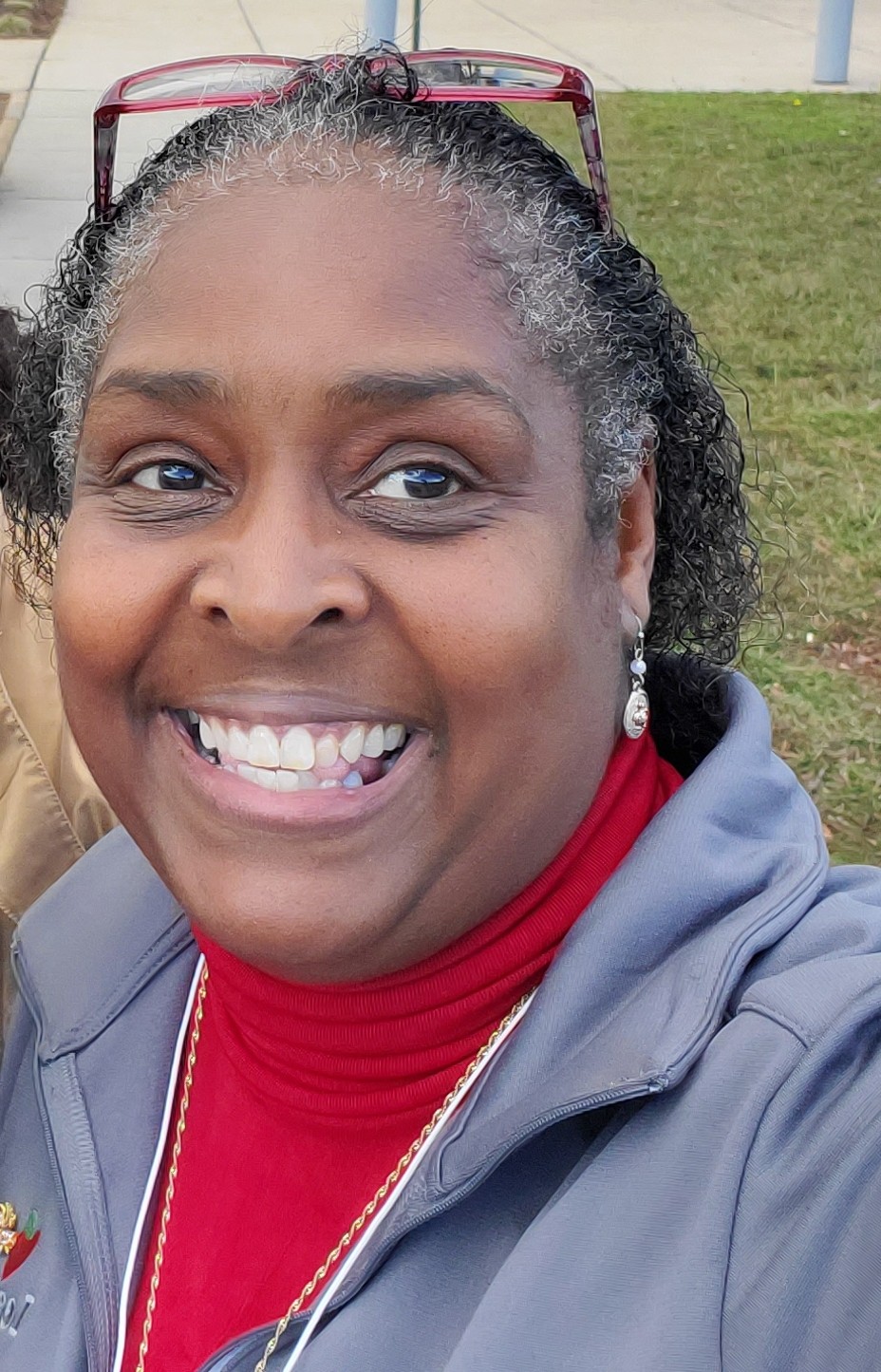 Joyce Matthews has been an educator at Fairfax County Public Schools in Virginia since 1984. Joyce was a classroom teacher for 13 years, Technology Training Specialist for 14 years and for the last seven years, Joyce has been a STEAM (Science, Technology, Engineering, the Art and Mathematics) Programs Coordinator providing after-school and summer experiences for underserved populations to learn and develop knowledge and skills with Environmental Action, Robotics, CODING, Technology integration and Maker Spaces.

Joyce is very PASSIONATE about ensuring ALL children have access to educational resources and programs that "engage, inspire and develop skills to thrive!" 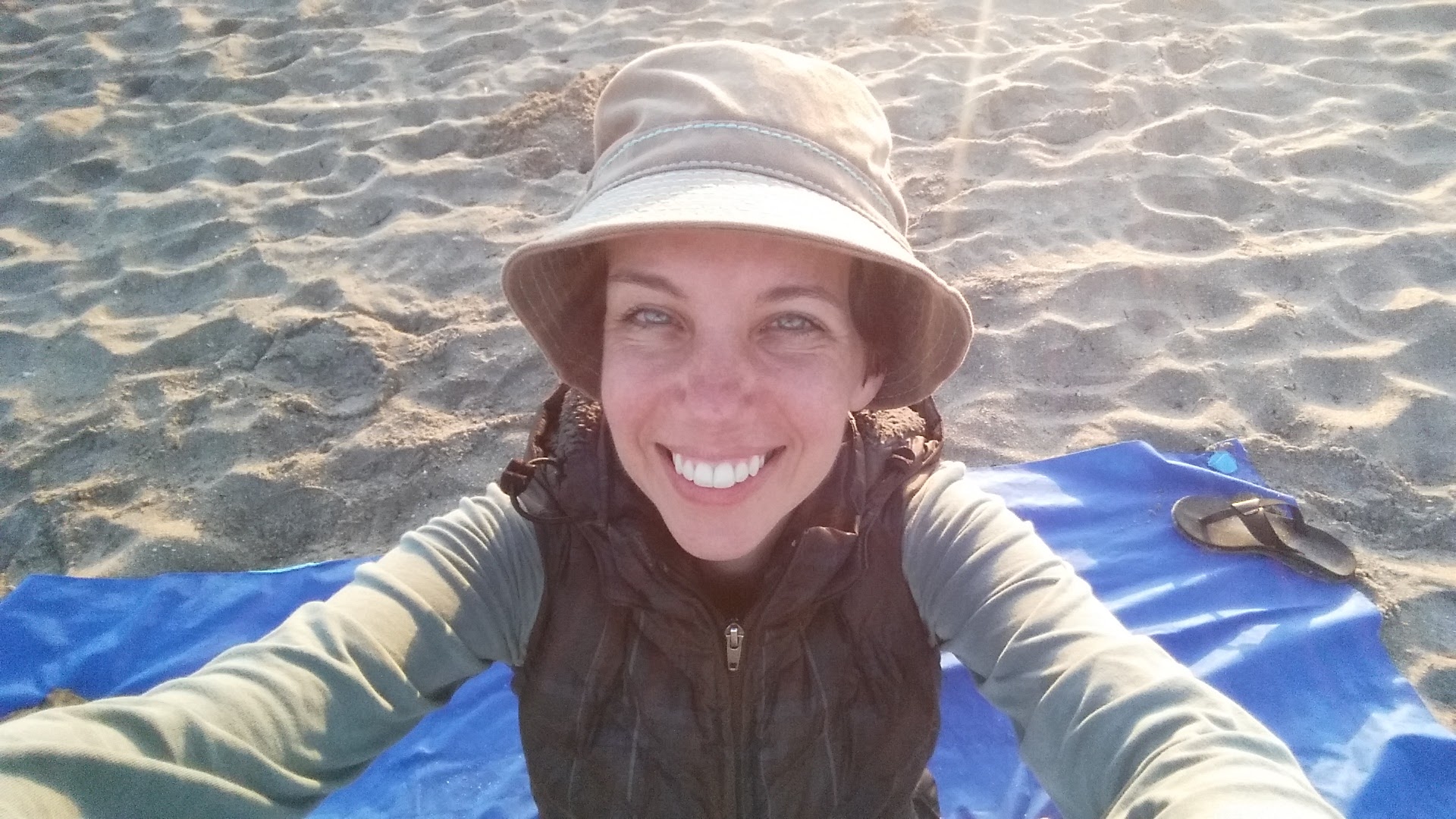 Lea Sevigny is a middle school educator in Forest Hills Public Schools, a suburb of Grand Rapids, Michigan. Having worn many hats in her 28 years in education, the last 10 years, Lea has focused her professional learning on place-based education, creating a culture of life-long stewardship and community building. Her middle school communications course, called Natural Expressions, focuses on giving students meaningful experiences in the natural world, circumstances to help others in the community, and opportunities to share those experiences with the public.

Learning to Give has been a go-to resource for Lea and she’s thrilled to be able to help other educators connect with this organization as a 2019 and 2020 Learning to Give Ambassador Trainer.

Anthony Salciccioli is a High School teacher in Livonia, Michigan. 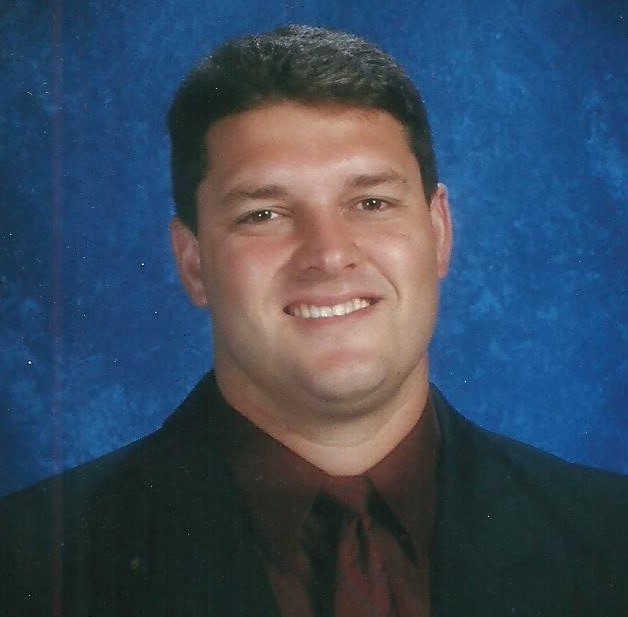 Since 2001, Salciccioli has taught students from grades 6-12 U.S. History, Government, Sociology, Law, Big History, Philosophy, and World History. During his tenure he coached football, wrestling, and track and field. He received his B.A. in political science-prelaw from Michigan State University in 1996, a second B.A. in History from the University of Michigan-Dearborn in 2001 and his Master in the Art of Teaching from Marygrove College in 2006.
Anthony served as the President of the Michigan Council for the Social Studies from 2012-2014 and has been awarded the McConnell History Educator Award in 2014, the Fishman Prize Honor Roll in 2015 and the Gilder Lehrman Michigan History Teacher of the Year in 2016. In 2017, he was awarded the Clarenceville Schools Teacher of the Year as well. He is a lifetime resident of Metro Detroit where he attempts to live with joy and purpose along with his wife and three children. His class page can be accessed here, and his Twitter handle is @SauceWH
Anthony joined the LTG Ambassador Trainer team during the 2019-20 school year. He previously held the postion of Teacher in Residence (2017) and served as a content consultant.

Dr. Kait Pressnall currently serves as the assistant middle school principal of Winfield Middle School and the district EL coordinator in Winfield, Kansas. She graduated with her bachelor’s degree in elementary/bilingual education with an emphasis in English learner education from Kansas State University, GO CATS!!!! She began her teaching career as an EL teacher, during that time she began her Master’s program in special education at Wichita State University. She was hired at her current school nine years ago and has served as a 7th grade ELA teacher and after one year moved into a 7th and 8th grade interrelated teaching position.

Through the school redesign process, Kait has renewed her love and passion for service-learning. Kait is currently helping her school to adopt grade level philanthropies. Students across all grade levels are working within and outside the classroom to help their community. Kait has always believed in teaching not only content but also social/emotional skills. She believes that teaching content standards can happen within and through service learning, and social emotional lessons.

After graduating with her Master’s, she quickly entered the Doctorate of Education program at Southwestern College. Four years ago Kait left the classroom and moved into administration. Additionally, Kait is married and is a proud mom of two boys. Her family enjoys camping and traveling anytime that they can. 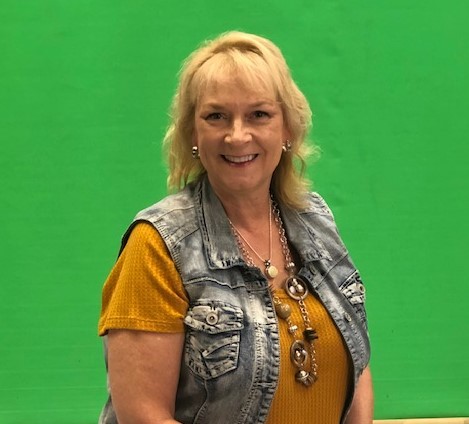 Lisa Sandor is a teacher in a GSRP (Great Start Readiness Program) classroom in Allegan, Michigan.

She received her Bachelor degree with a concentration in Early Childhood Education. Lisa is a member of NAEYC and TEACH certified. Lisa has been an active member with LTG for the past 5 years and has used many of the available lesson plans and ideas in her own classrooms. “Introducing children to Philanthropy at such an early age is a wonderful opportunity to start them young; caring for, doing for, and appreciating others.”

She has 4 grown children and 5 grandchildren. She resides in Allegan, Michigan and in employed by Allegan AESA for the State of Michigan. Lisa states she is honored and excited to be chosen as one of the new Trainer Ambassadors for LTG. "I am looking forward to sharing my classroom experiences with other early childhood and elementary school teachers."

Lisa joined the LTG Ambassador team during the 2019-20 school year. 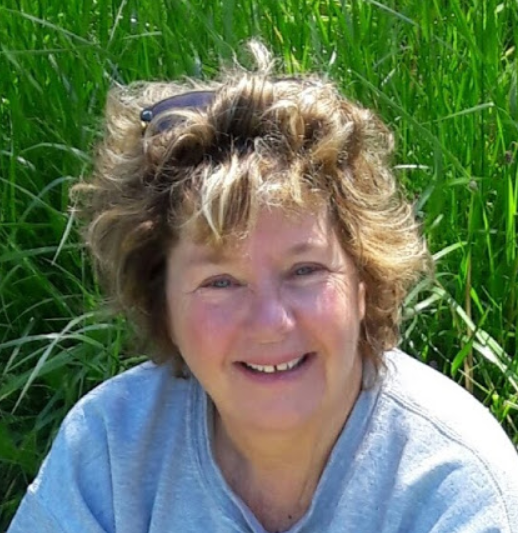 Mary Beth Budz is the Founder and Executive Director of Courteous Kids/Life Launch based in Ashland, Nebraska since it was an idea in 2006. Ms. Budz is a graduate of the University of Wisconsin-Stevens Point. She began  her career in the in the environmental sciences. As an outreach educator, she worked in the conservation field with the water management districts in Florida and later with the  University of Florida’s Extension Service before moving with her young family to Nebraska.
Mary's love for teaching, designing and developing hands-on, quality instructional youth programs has transcended into Courteous Kids and Life Launch which became a 501c3 in 2013. Since its inception, the nonprofit has touched over 15,000 young lives with the message and skill building instruction of becoming a kinder and more confident person. Ms. Budz is married and has three grown children and loves the rural life and gardening opportunities of Nebraska!

Support Learning to Give

Learning to Give supporters help young people learn the traits of service, action, and kindness for change.

A dedicated group of philanthropic and educational leaders who bring a wealth of knowledge and share an interest in carrying forward the history and purpose of the civil society sector.

Learning to Give staff is dedicated to maintaining carefully constructed teaching resources that guide teachers and students to learn the traits of generosity, service, civic action, and revolutionary change.

Our partners are some of our greatest resources. As you learn about issues, seek connections with community organizations, look for service opportunities, or want to plan a project, our partner organizations can help you in your work.