Grade Level:
9, 10, 11, 12
Keywords:
Asia
China
Clever Wife (The)
Fairness
Folktales
Generosity of Spirit
Kindness
Leadership
Central Asian (Khirghiz) Tale: The khan (leader) gives instructions on who is to follow him at his death. His white falcon lands on the shoulder of a poor shepherd, who turns out to be a wise and just leader. The shepherd chooses a wife by declaring a contest of riddles. Wisdom and kindness are not the province of the elite alone. 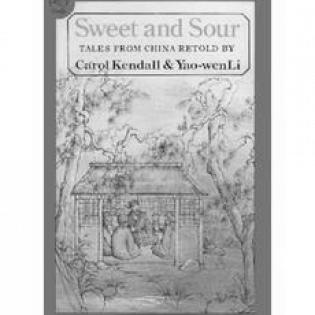 A very long time ago there lived in a far corner of China, in Sinkiang, a good and simple man named Fu-hsing, who had an unusually clever wife. All the day long he would run to her with questions about thus-and-such, or about such-and-thus, as the case might fall out; and no matter how difficult the problem he took to her, she always thought of a solution. Thanks to her wondrous acumen, the house of Fu-hsing prospered mightily.

Fu-hsing was remarkably proud of his wife and often spoke of her as his "Incomparable Wisdom", his "Matchless Wit", or his "Dearest Capability." He only wished that all who passed his house could know it was her cleverness had brought him such great prosperity. For months he puzzled his head over a suitable way of declaring his gratitude, and at last conceived of a couplet that delicately conveyed his feeling. He inscribed the lines on twin scrolls and posted them on the gate before his house:

"A Matchless Wit like Fu-hsing's
Does with ease a million things."

All who passed the house saw the scrolls, and those who knew Fu-hsing thought what a scrupulous and honest husband he was to thus praise his wife. One day, however, the district magistrate happened to pass that way. On reading the scrolls, he drew his mouth down and his eyebrows together in a terrible frown.

"What a boastful, conceited fellow lives there!" he thought. "What appalling arrogance! Such windbaggery should not go unpunished!" When he returned to his quarters, he sent a clerk with a stern summons for Fu-hsing to appear before him forthwith.

The summons so frightened Fu-hsing that he could scarce speak enough words to tell his wife of it."…can't understand ... I'm law-abiding ... good citizen ... pay taxes and tariffs without cheating . . ." He pulled frantically at his hair, sprinkling strings of it on the floor. "My dear Capability, what can I have done to bring upon me this summons?"

His wife laid a calming hand on his before he could tear out the last of his sparse hair. "It must be," she said after a moment's thought, "that the scrolls on the gate have given offence. Really, it is not worth worrying about! Go with the clerk to see the magistrate and have no fear. If you run into difficulty, we can talk it over when you return."

Much relieved, Fu-hsing went off with the clerk and soon was standing before the magistrate, whose eyebrows by now had nudged so close together that they were quite entangled with each other. He sat glowering behind an immense table, his arms folded magisterially into his sleeves.

"So!" he exclaimed. "This is the braggart who posts scrolls on his gate to boast of his extraordinary cleverness!" He leant forward to glare into Fu-hsing's face, the terrible eyebrows bristling like angry hedgehogs. "You would have the world believe you can do anything at all, would you! No matter how difficult? Very well." Loosing his arms from his sleeves, he struck an angry fist on the table. "I have three small tasks for you to perform. At once! For a fellow of your prodigious talents, they should provide no difficulty. No difficulty whatsoever.

"First, then," and pound went the fist, "you shall weave a cloth as long as a road.

"Second," pound, pound, "you shall make as much wine as there is water in the ocean.

With an awful smile, the magistrate uncurled his fist to waggle a long finger under poor Fu-hsing's nose. "Of course, if you do not accomplish these tasks for me one-two-three, you will soon learn how this court deals with swollen heads!"

Wretched and anxious, Fu-hsing hastened home to his wife and stammered out the three impossible demands made by the magistrate.

His wife threw back her head and laughed. "Foolish husband!" she said. "The hardest problems are those with the simplest answers!"

Fu-hsing continued to wring his hands. "But what shall I do? I know that you can accomplish anything, but this is beyond all reason..."

Madame Fu-hsing's smile stopped him. "It is really quite simple. Rest well tonight. Tomorrow you must go back to the magistrate and present to him three quite ordinary implements which I shall make ready for you. I will give you certain words to take along with these devices, and you must say them to the magistrate just as I tell them to you."

Fu-hsing attended well to his wife's instructions, and the next morning, carrying a ruler, a large measuring bowl and a balancing scale, he presented himself to the magistrate once again. When he started speaking, the eyebrows were as tightly knotted as before, but as Fu-hsing continued, and laid in turn the three measuring devices before the magistrate, the brows gradually lifted up and away from his eyes until they became flying birds of astonishment.

"This morning, as I was setting out to do the tasks you gave me," Fu-hsing began, "I realized that I needed further instruction from you before I could finish. Therefore, your Honour, I have taken the liberty of bringing these three measures to facilitate your task. I must respectfully ask you, first, to measure the road with this ruler that I may know the length of the cloth I must weave; second, measure the ocean's water with this bowl that I may know how much wine I must make; and third, weigh the mountain with this balance that I may know how big a pig I must raise."

Fu-hsing made a deferential bow. "Just as soon as you have set the standards, your Honour, I shall be pleased to finish the tasks."
So confounded was the magistrate at the cunning solution to his three problems that he allowed Fu-hsing to go without punishment, and never ventured to bother him again. Truly, the magistrate believed Fu-hsing's Matchless Wit could do a million things.