Grade Level:
9, 10, 11, 12
Keywords:
Collared Crow (The)
Folktales
Generosity of Spirit
Pay it Forward
Serial Reciprocity
South African Tale: A farmer and his wife have no children. The crows come and eat their seeds as they are sowing the fields. The couple are about to hold on to their remaining seeds when a crow encourages them to give them to the birds. After obliging, they are rewarded for their generosity with eight children. 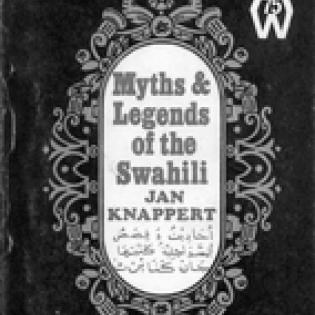 Once upon a time there were a man and his wife who had lived together for years, but they had no children to look after them in their old age. This was very sad for them, but they had no idea what to do about it. You can neither make nor order children, nor do they grow on trees. So, the only answer was to wait for a miracle which, in stories, still may happen.

Now listen, one day as they were sowing their fields, they saw an unusually large flock of birds swoop down to pick up the seeds. Soon there were no seeds left at all. What to do? There were only a few remaining seeds in their bag, and they had no idea where to find more seeds, for in those days the farmers kept only one bag full of seeds for the next crop each year, and if that was lost there would be famine. Crops were not as they are nowadays, that is, there is no drought. Now what should they do?

The farmer said to his wife: “We shall have to keep these few remaining grains and wait till the birds have gone. It is no use sowing now, they will come back, those flying robbers, and eat our last stock of seeds.” The wife agreed, but someone else did not. It was a large white-collared crow, as big as a raven in Europe, who alighted in front of them and began to speak in human language: “Dear friends, do not withhold from us the seeds that we need to survive. Give us all your seeds and we, the birds of the sky, promise you that great happiness and prosperity will come to you, but you must do exactly as I tell you.”

The poor people accepted the proposal. They had very little option, for where could they go for new seeds? As it was they would probably starve, and in such an extreme emergency there is reason to take great risks to win great gains.

So the farmer opened his sack, took out the grains and scattered them all for the hungry birds. Having pecked up all the seeds, the birds bowed and flew away. Then the big crow stepped forward again, and spoke thus: “In the name of all my bird brothers, I thank you both for your generosity. I will now give you your reward. Listen carefully and do exactly as I tell you. Take a cow, slaughter it, skin it, take the horns and the feet, the heart and the liver, the kidneys and the lungs, the stomach and the gut. Remember, eight sets of organs you must take out. Then you put these together, all eight of them, in the skin and sew it up carefully, so that no light can enter it. Then you must cook the meat and give it to your friends: invite all your neighbours and relatives for a feast. After that, wait till tomorrow morning. Let no light shine into your hut, neither of sun nor moon. Do not touch the cowskin or its contents until you hear the cock crow. No matter what you hear or see, stay quiet until sunrise.”

The good farmer and his wife did everything exactly as the crow had instructed them. They said goodbye to their only cow, then killed it, skinned it carefully, chopped off the feet and the horns, carved out the lungs and the kidneys, the heart and the liver, the stomach and the intestine, and put it all together in the large cowhide which they sewed up carefully. Later that day they invited all their friends and neighbours and cooked the meet for them. That night when the guests had left, the farmer and his wife went to bed, but do you think they could sleep? Not a wink! They just lay there in the dark wondering what that cowskin was doing.
Suddenly a gust of wind broke into the hut, then all was quiet again. The two living beings in the hut were frightened, but they kept as still as mice who have smelled a cat. But were they the only living beings in the hut? They had a feeling that the skin began moving as if there was a living being in it, and it seemed to be growing for the movement increased, the hide appeared to be swelling up and sometimes it almost rolled over to one side. Later in the night, and you understand that the farmer and his wife did not sleep for a minute, they heard little voices coming from inside their cowskin, thus: “Go away, feet! You are stepping on me!”, or “Move over, stomach, you are taking too much room!”, or “Turn over horns, you are pricking me!”

After a long wait the sky turned gray and the first cocks began to crow. The man and his wife heaved deep sighs for it has been a frightening night, but neither spoke a word. Finally, when the sun appeared over the hill crests, the farmer rose, took his knife and cut the leather straps that tied the cowskin together. The skin fell open to all sides like a sunflower opening in the morning, and you’ll never guess! Inside there were eight babies, yes, eight. They were all healthy and kicking, and what was more, they could already talk! They said: “Thank you, mum and dad for letting us out!”, and “We were cramped in that narrow place!!” and “There was less and less room for us in here!”, and “How nice to be out in the open!”

They all talked like village elders, and their parents were speechless with joy until the children said, “I am hungry!” one after another. What to do? Good advice was dear! Suddenly they heard a familiar voice: it was the white-collared crow on the doorstep, addressing the happy parents just at this crucial moment whey they were wondering what to feed their newly “born” children. “Listen carefully again,” spoke the crow after bidding them good morning. “Take the dung from your cow, collect it carefully and burn it in the middle of your garden.” Away he flew and the farmer’s wife went immediately to the cowpen to pick up all the old dung, while the farmer went to his garden and dug a deep hole. They put the dung in the hole and covered it over. And lo! The next day when the sun rose as they looked out of their hut, there stood a tree, very green and full of foliage. It even had fruits, and in the tree there perched the white-collared crow, who said: “Good morning, my friends. Now remember: this tree will always have enough fruits for you and all your children, but you must not eat the seeds: they are for my bird brothers, so always collect the seeds from these fruits and scatter them for us. As long as you do that, this green tree will provide food for both our kinds in plenty.” And thus it happened!

The parents picked fruits every day which they gave the children; and they told them never to swallow a seed, but to throw out all the seeds in the fields so that the birds could eat them. In due course of time many fruit trees grew up and the farmer became the owner of an orchard, which was a good thing for his children grew up, married and had children and grandchildren who were also fed on the excellent fruits of the tree. The once poor farmer became a great chief because he had listened carefully to the words of the white-collared crow.