The Cruel Creditor and the Judge’s Wise Daughter

Grade Level:
9, 10, 11, 12
Keywords:
Act of Kindness
Cruel Creditor and the Judge’s Wise Daughter (The)
Folktales
Generosity of Spirit
Judaism
Justice
Tale from Morocco (Jewish): When his father dies a young man quickly spends all his wealth and finds himself begging. One of his father’s rivals loans him capital but exacts a promise from the youth that he will repay in his own flesh the weight of the gold he has been loaned. The daughter of the sultan disguises herself as a lawyer and pleads for better justice. 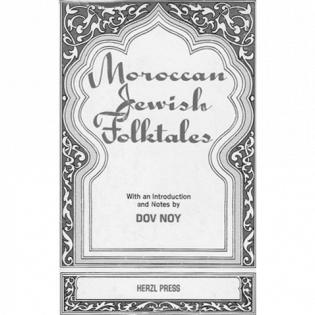 In Casablanca there lived a very rich and highly respected Jewish merchant, who had an only son. One day the merchant fell ill. He called to his son and said: "I wish to talk to you for it may well be that within a few days I shall die. What will you do, my son, with all the property that will remain in your hands, with all the houses and all the stores? I should like to know this before I die."

The son replied: "What do you mean 'What shall I do with it?' He who wishes for money and will ask me for it, I shall give it to him. When I see a great rejoicing, I will go there, I will take part in it and will rejoice in it, for I love rejoicing. When I see a beautiful girl, I will take her and I will give her much wealth."

"Woe to me!" said the father and wept on his bed. "Where shall all my money go, for which I have striven so long, all my life?"
The father died and there was no man to take care of the money and the many stores. Before the year was out, of all the goods that the merchant had left behind the widow and the son had not a single penny. The son had no choice and he began to beg for alms for himself and for his mother.

One day the poor mother revealed to her son that there was nothing in the house to eat. The son said to his mother: "I shall leave this town, for everybody knows me here. They know that I have been rich and that I have lost my money and property. For very shame I cannot stay here any longer."

And so he did. He left Casablanca and settled in Marrakesh. Who knows me there? he asked himself. But in Marrakesh there were many rich people, who in the past had done much business with his father and they knew his only son. "Why have you come here?" they asked him.

"I have come to buy goods!" he told them. "But the money that I took with me I spent on the road. If you will lend me money I will return it to you."

One of the rich men said to him: "I can lend you any sum you ask for, but on one condition—you can do whatever you wish with the money and whatever profit you make will be yours. But if at year's end you do not pay up, you must give me one kilogram of the flesh of your body."

The unfortunate young man had no choice. He agreed to the condition and signed an agreement to that effect.

Throughout the year the young man engaged in business, but he was unlucky. He lost all the money that he had borrowed. Two months before the year's end he stopped taking food because of his anxiety about returning the money on the due late. He was especially worried by the condition that a kilogram of flesh would be cut from his body if he did not return the money.

What did the poor young man do? On the seashore there lived a king who had forbidden anyone to enter his palace. Only those who wished to die went there. The young man made his way to this palace, for he could see no other way out. He had not the courage to take his life with his own hands, but he said to himself: "I will go to the palace and there they will kill me."

The unlucky young man wished to enter the palace but, behold, it was shut and bolted. What did he do? He went straight to the window of the room of the king's daughter, and sat there weeping bitterly. The king's daughter looked out of the window to see who was weeping, but she could not make out who it was below.

Three days passed. All the time the young man sat beneath the princess' window weeping. On the fourth day the king's daughter called him:

"Come forth, man! If you are a man and not a spirit show yourself and I will do all that you ask, for your tears have touched my heart. But if you are a spirit I cannot be of any help to you."

Three times the princess called out to the young man until he replied. Before he showed himself he asked her to promise that she would not kill him or do him any harm.

The princess promised and the young man emerged from his hiding place. Then the princess saw that the young man was very handsome. She asked him: "Tell me, young man, why do you weep? Perhaps I can help you?"

The unfortunate young man told her who he was, and the princess told him that she had known his dead father.

"I was wicked. I wasted all my father's money and my life. My poor mother has remained at home and who knows whether she has not died already of starvation. I wished to change my fortune and so I changed my place of residence. Then I met a rich man who had known my father..." And he continued to tell the king's daughter the tale of his life and of his agreement with the rich man. "Now the time has come for me to return the money, else I must give him a kilogram of my flesh."

"Go back to the town of that rich man to whom you owe the money," the princess advised him, "and tell me where you will live. I wish to send you a lawyer in order to help you." The young man remained in the palace and he and the princess loved each other without the king knowing anything of it. Before the year was out the young man returned to Marrakesh. All those who met him asked: "Where have you been all this time?"

And he told them: "I went to such and such a city and there I married the [beautiful] queen."

"And what about your lawsuit?"

"A lawyer will come and plead the case for me."

The time of the lawsuit came. The princess disguised as a lawyer entered the court together with the judge. The judge asked the rich man: "What does the young man owe you? What do you want of the young man?"

The rich man took the agreement out of his pocket and showed it to the judge. The judge read the agreement and asked the young man: "Do you agree that you signed this document?"

"Your Honor! What can I say? You see my signature here. But one thing you must know. I entered into this agreement with the rich man because I had no other choice."

Then the princess rose from her place, dressed in the robes of a lawyer. She addressed the judge: "Your Honour! I agree, on behalf of my client, to give a kilogram of flesh to the rich man but I insist that he cut off exactly one kilogram. If he cuts off too little then he must make up the difference himself, and if he cuts off too much, he will restore the extra amount from his own flesh to the young man."

The rich man rose and said: "I cannot cut exactly one kilogram of flesh in a single stroke. I am prepared to waive both the flesh and the money."

When the lawsuit was over, everybody went home. The princess changed her clothes and sought out her husband. "What sort of a lawyer was he that I sent you? Was he an able man?"

"He was very able," the young man replied. "I did not think that I would win the case."

"I will tell you something," she said to him. "I was the lawyer."

The young couple, accompanied by the young man's mother, left Marrakesh where everybody knew him and went to the king's palace. There a brilliant wedding was held and the young couple lived a life of wealth and happiness.

Used with the permission of Herzl Press.