Grade Level:
9, 10, 11, 12
Keywords:
Europe
Faith Perspective
Folktales
Generosity of Spirit
Judaism
Poland
Three Laughs (The)
Trust
A Jewish (Hasidic-Poland): When the Baal Shem Tov laughs three times during the Sabbath meal, his disciples ask him to explain. He was inspired by an elderly bookbinder who sang and danced on the Sabbath in celebration of his many years of marriage. The man is recognized for celebrating his true love for his wife, even if on the Sabbath. 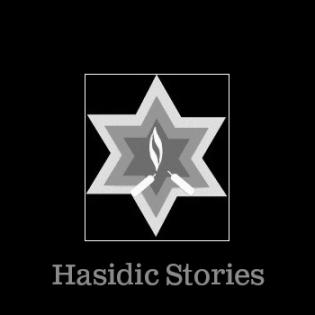 Once, the disciples of the Baal Shem Tov decided to prepare him a special Sabbath. They worked for days to make sure that everything would be just as it should be, so that the spirit of the Sabbath would descend as it never had before.

At last, a few minutes before sundown on Friday night, they were all seated around a long table with the Baal Shem Tov at the place of honor at the head. The disciple who had been chosen for the special honor of lighting the Sabbath candles stood up and began to light the candles and say the blessing.

The disciple lighting the candles looked around to see what was wrong—if there was something amiss with his clothing, perhaps—but everything was as it should be.

Later, they began the Sabbath meal. They gave the Baal Shem Tov the first bowl of the soup that they had labored so long over.

The disciples were appalled. They rushed to taste the soup, but there was nothing in it that tasted...humorous.

Still later, they were singing the Sabbath songs.

As they sang, the Baal Shem Tov began to laugh and laugh, as though he could not contain himself.

It was the custom of the disciples that, on Saturday night, after the spirit of the Sabbath had departed, they would choose one question between them, and present it to the Baal Shem Tov. This Saturday, there was no debate as to what question they would ask. "Holy master, why did you laugh during the Sabbath--three times?"

In answer, the Baal Shem Tov said, "Come with me."

All the disciples crowded into the Baal Shem Tov's carriage. He drew the curtains over the windows, and they began to travel swiftly.

Several hours later, when he opened the curtains, they were in a distant village. None of them had ever been there before.

The Baal Shem Tov went to the leaders of the village. "Bring everyone to the village square. Now."

When the Baal Shem Tov stood looking out over that crowd of faces, he said, "There is still one family missing."

After a few minutes, the people realized, "It must be the old bookbinder and his wife. They live on the edge of town; they must not have gotten the word."

When this old man and this old woman entered the village square, and the old man saw who it was who was calling for him, he began to wring his hands. "Oh, Holy Master. I know I have committed a great sin. I only ask forgiveness."

"Bookbinder, tell my disciples and these people gathered here how you spent your Sabbath."

Fearfully, the old man glanced at the illustrious students of the Baal Shem Tov and began to speak. "I am an old bookbinder. In my youth, I could earn enough that we had what we needed during the week, and something special to greet the Sabbath. But as I have grown older, there has been less and less.

"Finally, this Sabbath—for the first time—we had no Sabbath candles—and only a few crusts of bread for a Sabbath meal.

"My wife was determined that we would observe the Sabbath as well as we were able. And so, just before sundown, she went through the motions of lighting candles that were not there.

"As she did, I saw...a flash of light. And I understood for the first time that the light that I had thought came only from the candles was also coming from her. I shouted out, 'I love you'—in the middle of the holy blessing!

"I got control of myself, and went back to observing the Sabbath with due respect.

"But then later, we were beginning our humble meal. We had only warmed water for soup. But I tasted it. I felt...nourished.

"At that moment, I realized that the nourishment—which all these years I had thought came only from the soup—actually came also from her, from our being together through so many Sabbaths.

"And before I realized what I was doing, I jumped up. I kissed her!

"Shocked at my own behavior, I sat back down. I stayed in my seat properly until later, when we sang the Sabbath songs.

Oh, what strength a righteous woman has!  There is no treasure rarer than this!

"Singing these words, I realized what a great strength she was in my life.

Happy is the heart that relies on her, for such a heart can lack for nothing....

"Suddenly, I knew that, in spite of our great poverty, while I had her in my life, I lacked for nothing.

"And then, before I knew what I was doing, I jumped up. I grabbed her by the arms. We began to sing and dance together.

"At last, I got control of myself and sat back down.

"Holy master, I know I have defiled the Sabbath. Please, tell me: what must I do to be forgiven?"

The Baal Shem Tov looked at his disciples. "When this man and this woman spent their Sabbath in such deep and holy love, I was there with them, and I shared in their joy.

"And when the two of them joined their hands and sang and danced their joy, the angels themselves began to sing and to dance. And the Eternal Heart itself heard them, and it was warmed.

"'On a Sabbath of such perfect joy, who wouldn't laugh?"

“The Three Laughs.” Lipman, Doug. © 2002.  Used with the permission of Doug Lipman. www.hasidicstories.com