Grade Level:
9, 10, 11, 12
Keywords:
Asia
Cooperate
Cooperation
Folktales
Generosity of Spirit
Labor
Persia
Stubborn Husband, Stubborn Wife
A Persian Tale: A husband and wife cannot stop arguing. They make a wager and, in stubbornness, stick to it so literally that they almost lose everything they have. 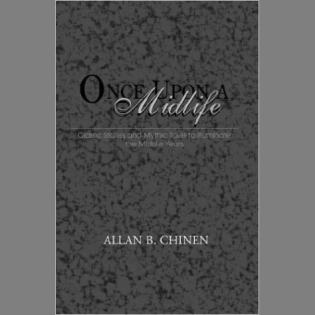 Once upon a time, a husband had the habit of sitting outside his home every day, while his wife cooked their meals, swept the floor, and washed their clothes. The two quarreled constantly.

“Why do you sit there doing nothing?” the wife asked.

“I am thinking deep thoughts,” the husband would reply.

“As deep as a pig’s tail is long!” the wife would retort.

One morning, the calf lowed hungrily in the barn. “Go and tend the calf,” the wife told her husband. “It is man’s work.”

“No,” the husband declared, “it is for men to speak and women to obey.”

“I inherited a flock of sheep from my father,” the husband countered, “and a shepherd tends them and gives us wool and cheese. I provide for you, so you must feed the calf!”

“Provide? Only with misery!” the woman shot back. The two argued all that morning and all that afternoon. Then, in the evening, the husband and wife both had the same idea at the same time.

“Whoever speaks first,” they said simultaneously, “will feed the calf from now on!” The two nodded in agreement, and said nothing more. They went to bed in silence.

The next morning, the wife awoke, lit the fire, cooked breakfast, swept the floor, and washed the clothes. Meanwhile, her husband sat on his bench, smoking his pipe. The wife knew that if she stayed home watching her husband do nothing all day, she would say something. So she put on her veil, and went to visit a friend. Her husband saw her leave, and wondered what she was up to.

An old woman came up next, peddling cosmetics and secrets of beauty. Her eyesight was poor, and she mistook the husband for a young woman. “Dear lady!” the old woman exclaimed, “you must not sit in public without a veil!” Especially, the old woman added to herself, when you are so ugly! The husband said nothing, so the old woman assumed he was a deaf-mute. “You poor thing,” she murmured, “ugly as sin, and deaf to boot!”

The old woman had an idea, and took out her cosmetics. She put a wig on the husband’s head, rouge on his cheeks, and lipstick on his mouth. “There,” she declared, “you look better!” Then she motioned for payment. The husband refused to move or speak, so the old woman reached into his pocket, took all his money, and left. The husband fumed silently: I will avenge myself on my wife!

A thief then approached. He thought it odd for a young woman to be sitting outside alone. But strange situations were often profitable for him, so he went up to the woman. “Dear lady,” he said, “you should not be out of alone. Have you no husband or brother to look after you?”

The husband almost laughed aloud. My wife will not give up her tricks, he said to himself. The thief assumed the husband was a deaf-mute, went into the house, which was filled full of costly carpets, vases, and clothes, and packed everything in a bag. He left with his loot and waved merrily to the husband.

I will punish my wife for her tricks, the man swore to himself. By then it was midmorning, and the calf in the barn was thirsty. It broke out of its stall, and ran through the village. The wife heard the commotion, and came out from her friend’s house. She caught the calf and returned home. Then she saw the strange woman sitting on her husband’s bench.

“Who are you?” she demanded, “and where is my husband? I am gone only a few hours and he has taken another wife!”

“Aha!” the husband sprang up. “You spoke first, so you must tend the calf from now on!”

The wife was incredulous. “You shaved off your beard and put on rouge just to trick me!” She stormed into house and saw that everything was gone. “What happened?” she demanded of husband. “Who has taken all our things?”

“The man you hired to act like a thief,” the husband chortled. “But I did not fall for your deception!”

“I hired nobody!” the wife declared.

“You cannot fool me,” the man boasted. “You lost the wager, and so you must tend the calf from now on.”

“Foolish man!” the wife exclaimed. “You sat watching a thief steal everything from our house!”

“I knew it was only an act!” the husband gloated.

The wife could barely speak, she was so angry. “You lost your face and your fortune, and all you can think of is our wager!” She glared at her husband, and then said, “You are right, I shall tend the calf from now on. But that is because I am leaving and taking the calf with me. I will not stay with a stubborn fool like you!”

The woman walked to the village square with the calf and asked a group of children if they had seen a man go by carrying a large bag. The children pointed to the desert. In the distance they could see a man hurrying away, carrying a satchel on his back. The woman stared grimly after the thief, fastened her veil securely, picked up the calf’s halter, and struck out into the desert. She caught up with the thief at an oasis. She sat across from the man, sighing and batting her eyelashes at him.

The thief was flattered by the wife’s attention. “Where are you going all by yourself?” he asked her. “Have you no husband or brother to protect you?”

The wife fluttered her eyelashes at the thief and sighed. “If I did,” the wife said sweetly, “would I be walking in the desert with only a calf for company?”

The two started talking and resumed their journey together. The wife kept sighing and glancing at the thief, and he soon asked her to marry him. She agreed, and so they planned to stop at the next village and have the chief marry them. By then evening had fallen, and the wife knew it was too late for a marriage ceremony. When they arrived at the village, the chief said as much, and invited them to stay with him for the night.

After everyone fell asleep, the wife arose and looked in the thief’s bag. Sure enough, there were all her valuables – carpets, clothes, vases, and money! She loaded the bag on her calf and started to leave. Then she had an idea. She tiptoed into the kitchen, cooked some flour and water over a candle, and poured the dough into the thief’s shoes and the shoes of the village chief. Finally she hurried into the desert with her calf.

When dawn came, the thief awoke and found his bride-to-be missing. He looked out a window and saw the woman hurrying away with his sack of loot. He rushed to put on his shoes, but found his feet would not fit in them. The dough in the shoes had hardened like a brick! The thief grabbed the shoes of the village chief, but they, too were ruined. Finally, the thief ran out barefoot. The sun had risen by then, heating the desert sand, and his feet were soon blistered and burned. The thief was forced to halt.

For her part, the woman went back home, thinking about her husband. When she arrived at their house, she saw that her husband was not on his bench as usual. She ran inside and found the floor swept, the water drawn, the fire lit, and dinner cooking. But her husband was nowhere inside! She rushed into the courtyard, and there she found him, hanging laundry to dry.

“Stubborn husband,” the wife exclaimed, “what are you doing?”

“I lost my face, my fortune, and my wife,” the husband replied, “because I was a stubborn fool!”

The wife took the clothes from her husband, and said, “This is woman’s work!” At that moment, the calf lowed, demanding water.

“I shall tend to the calf,” the husband said.

“No,” the wife retorted, “I shall do it.” Then the two of them looked at each other and laughed. They came to an agreement, and from that day on, the husband took care of the calf and worked like any other husband, while the wife tended the house and never complained. In the evenings, when they finished their chores, they both sat down on the bench and watched the world go by.

Used with the permission of Allan B. Chinen and Heacock Literary Agency. “We gratefully acknowledge the permissions granted by the following authors, publishers, and authors’ representatives to reprint excerpts from their publications:

Heacock Literary Agency, Inc., for “Stubborn Husband, Stubborn Wide, and “The Lute Player,” from Once Upon a Midlife: Classic Stories and Mythic Tales to Illuminate the Middle Years by Allan B. Chinen, M.D.; New York: Jeremy P.I Tarcher/Perigree Books, 1993, copyright Allan B. Chinen. All rights reserved.”

Related Resources
A Story and a Song
A Special Gift
The Tatema
https://www.learningtogive.org/sites/default/files/link_bg1.jpg