Grade Level:
9, 10, 11, 12
Keywords:
Europe
Faith Perspective
Folktales
Generosity of Spirit
Judaism
Perseverance
Poverty
Treasure (The)
Trust
A Jewish Tale: A Rabbi, after many years of great poverty, dreams he is to travel to Prague to look for a treasure. This he does, only to be told that the treasure lies beneath his own stove at home. 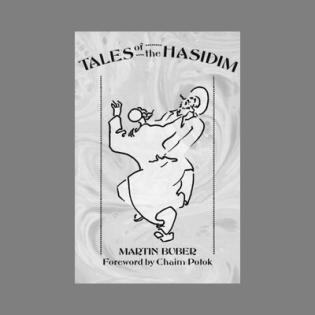 Rabbi Bunam used to tell young men who came to him for the first time the story of Rabbi Eisik, son of Rabbi Yekel in Cracow. After many years of great poverty which had never shaken his faith in God, he dreamed someone bade him look for a treasure in Prague, under the bridge which leads to the king's palace. When the dream recurred a third time, Rabbi Eisik prepared for the journey and set out for Prague. But the bridge was guarded day and night and he did not dare to start digging. Nevertheless he went to the bridge every morning and kept walking around it until evening.

Finally the captain of the guards, who had been watching him, asked in a kindly way whether he was looking for something or waiting for somebody. Rabbi Eisik told him of the dream which had brought him here from a faraway country. The captain laughed: "And so to please the dream, you poor fellow wore out your shoes to come here! As for having faith in dreams, if I had had it, I should have had to get going when a dream once told me to go to Cracow and dig for treasure under the stove in the room of a Jew—Eisik, son of Yekel, that was the name! Eisik, son of Yekel! I can just imagine what it would be like, how I should have to try every house over there, where one half of the Jews are named Eisik,and the other Yekel!" And he laughed again. Rabbi Eisik bowed, traveled home, dug up the treasure from under the stove, and built the House of Prayer which is called "Reb Eisik's Shul."

Used with the permission of the Balkin Agency, Inc., Agent for the Estate of Martin Buber.

Related Resources
Where Love Is, God Is
Three Laughs
The Three Fayes
https://www.learningtogive.org/sites/default/files/link_bg1.jpg