The students listen and respond to a story about caring and philanthropy related to environmental stewardship and animal welfare. 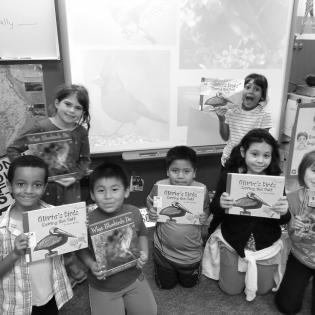 Materials
Vocabulary
service: to provide a community or organization with something that it needs
donate: to give or present something, especially to a charitable organization or other good cause
gift: something that you give without the expectation of receiving something in return
Students who enjoy language arts may wish to create a book of poetry and photographs about animals in the shelter where the class donated the pet bandanas.
Bibliography

Students decorate petbandanas with words and/or designs of their choice. They decide on an animal shelter to which they donate the bandanas.