The group discusses and agrees on a need to address through donating money. They watch a film about a boy who sets up a lemonade stand and read a book about a national Lemonade Stand effort. Then they identify a need, learn more, and communicate the need to others. 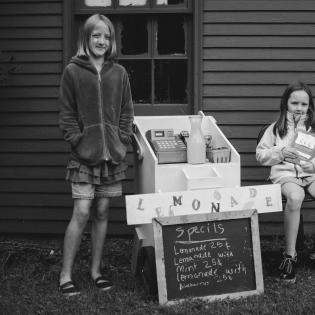