For Love of Country

Grades:
6, 7, 8
Subjects:
Language Arts
Philanthropy
Social Studies
Keywords & Concepts:
Altruism
Citizenship/Civic Engagement
Public Purpose
Common Good
Letter Writing
Philanthropic Act
Time/Talent/Treasure
War
This lesson describes the military's role in our country and highlights service to country as one of the most sacrificial forms of "voluntary action intended for the common good."
Focus question: What is a citizen's responsibility to participate in civil society? 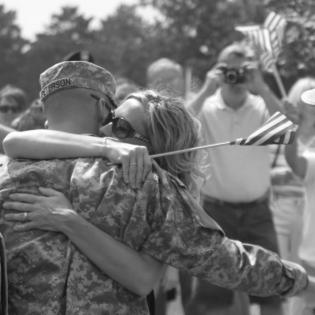 Young people may ask their parents for more information about any relatives or neighbors who currently serve in the Armed Forces.

A Brief History of the Military in America