Are We the People?

Literature and primary documents help youth understand the role of the Constitution for the United States. They overview the three branches of government described in the first three articles and learn that government officials are serving with their time and talent for the common good. With the goal to look for traits of trustworthy officials, youth use the Internet to research their own state officials. They gather data and summarize what they find. 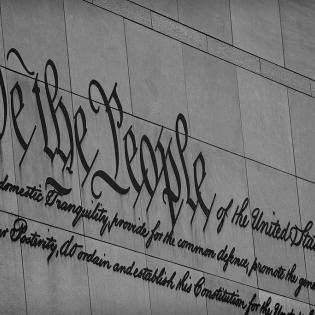 Visit a City Hall council meeting or attend a school board meeting with parents and share the information discussed at the meeting with the group.

Write a paragraph summary and opinion of what it means that we are the people referenced in the Preamble to the Constitution.