Put Your Hands in Mine

In this lesson, we explore the role of youth in the advancement of human and civil rights. Young people share ideas about how they can promote the common good and lead positive social changes. 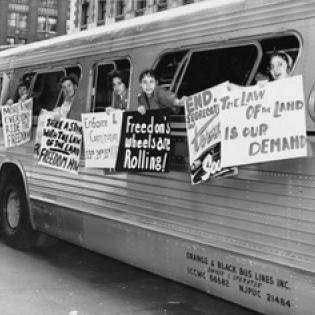 What is one change you can make in your home or classroom without the permission of an adult?