Grade Level:
9, 10, 11, 12
Keywords:
Act of Kindness
Faith Perspective
Folktales
Generosity
Generosity of Spirit
Giving
Japan
Sedge Hats for Jizo
A Tale from Japan: A poor woodcarver and his wife make sedge hats to sell, although none are sold. The woodcarver decides to give each of the three stone statues a hat to protect them from the icy rain, and his wife approves. In the night the statues come to show their gratitude and present the couple with magic gifts, one of which restores their youth. Deep faith and compassion yield great fortune. 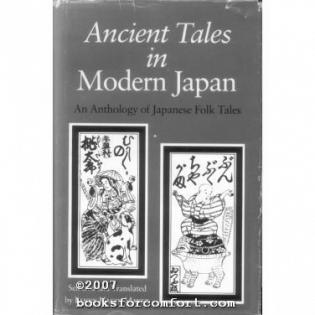 Once upon a time there was an old man and an old woman. They wanted to buy mochi for New Year which would come soon. They decided to make sedge hats to trade for mochi.

A few days later, the old man started in the snow to town with the hats. Twelve Jizō were standing by the road on the way. They were standing cold and bareheaded in the snow. The old man pitied them so much that he put one of his sedge hats on each one of them. The trouble was that he had only eleven hats, one short of what he needed. He could not possibly leave the last Jizō that way.

He took off his own hat that he was wearing and put it onto Jizō's head. Then he went back home. His old woman came to meet him, asking, "How about the mochi?" Then he told her about the Jizō and said, "We can have a good New Year without mochi."

The old woman praised him for what he did and they were happy about it. She said, "Build up a good fire to get warm before we go to bed."

The next morning they were awakened by shouts outside. When they drew back their wooden doors to see, there was a lot of freshly pounded mochi under the eaves. They looked beyond and were surprised to see the backs of twelve Jizō going away, wearing the old man's sedge hats.

Used with the permission of Indiana University Press. www.indiana.edu