The Story of Two Old Women

Grade Level:
9, 10, 11, 12
Keywords:
Asia
Bangladesh
Character Education: Fairness
Character Education: Honesty
Fairness
Folktales
Generosity of Spirit
Honesty
Justice
Story of the Two Old Women (The)
A Bangladeshi tale: Two old women decide to share belongings. The clever one suggests a way of sharing by which only she benefits. With the advice of a friend the foolish one turns the table on the other. 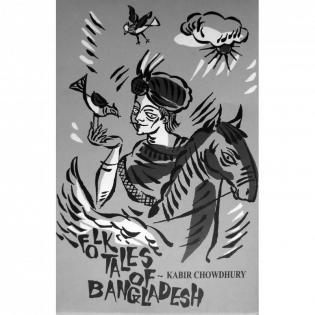 In Bangladesh almost every villager knows the folktale of the Tetan Buri (clever old woman) and the Boka Buri (the foolish old woman). Two old women chummed up together. One of them was very cunning and sharp while the other one was very foolish and credulous. They shared one common wrap (Kantha), one cow and a small piece of land.

The foolish old woman was practically starving and used to beg for a little food. One day she approached the barber of another village for some food. The barber (all barbers are very clever) asked why she was begging when she had a piece of land and a cow along with another old woman. Our goody goody old woman narrated the story. The barber smiled and told her to soak the wrap in water when handing it over to the other one in the night and not to give any fodder to the cow and rather [yell at] her in the front part. He further advised her to take out the roots when the paddy was young or the maize was not ready.

The advice had the result. The old woman shivered and shivered in the night. The cow used to kick her when she would try to milk her. The crops failed and she starved too.

She saw that there are people who were more cunning. The villagers decided that there should be an arrangement which was more just to the two women.