Grade Level:
9, 10, 11, 12
Keywords:
Asia
Faith Perspective
Folktales
Generosity of Spirit
Islam
Leadership
Three Fridays
Trust
A Sufi Tale: Usually the Hodja has no trouble coming up with the sermon to deliver on Friday afternoons. However, when he draws a blank, he uses his creativity and then he doesn’t have to give a sermon for weeks! What is the source of inspiration in our lives, and to whom do we look for guidance? Often wisdom is available within. 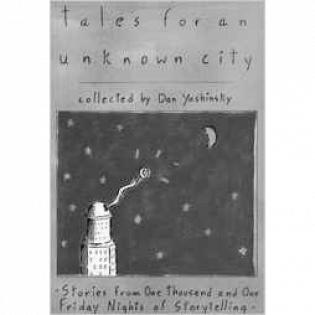 One of Nasruddin Hodha’s duties in the village of Akshahir was to give the sermon at the mosque on Fridays. Many Fridays the Hodja enjoyed preaching. He had so much to say and he enjoyed looking down on the upturned faces of the congregation while he spoke words of wisdom inspired by the Koran and by the Hodja’s wide experience of village life.

There were other Fridays, however, when the Hodja had nothing to say. It was on just such a Friday that Nasruddin Hodja made his way across the village square, through the great door of the mosque, through the crowd of people who had gathered to hear him, and up into the pulpit. He looked at the beautiful mosaics on the walls, at the carpets on the floor and at the faces below him. Nothing inspired him. His mind was blank. Yet he had to speak.

The Hodja opened his mouth and said, “O people of Akshahir! Do you know and understand what I am about to say to you?”

“What?” said the Hodja. “How can I speak to such ignorant people!” And he gathered his robes around him and descended from the pulpit, free—for one more week.

But this week, like all others, passed; and once again the Hodja found himself climbing into the pulpit with no idea at all of what he was going to say. He did notice that the mosque was quite crowded. There were many more faces than usual gazing up at him expectantly.

Once again the Hodja opened his mouth and spoke. “O people of Akshahir! Do you know and understand what I am about to say to you?”

“Yes, Hodja, we do,” answered the people, who remembered what had happened the week before.

The Hodja beamed down at them. “Wonderful!” he said. “Then there is no need for me to speak to you today.” And he gathered his robes around him and descended from the pulpit. Free—for one more week.

It was indeed rare for Nasruddin Hodja to go for three weeks without inspiration, but this time it happened. Another Friday came and the Hodja still had nothing to say. Others, however, had had much to say, and news of the Hodja’s strange words had traveled far and wide. Indeed the Hodja had some trouble pushing his way through the throng in the mosque, and looking down from the pulpit he saw many strange faces among the familiar ones from the village.

The Hodja smiled. “O people of Akshahir!” he said. “Do you know and understand what I am about to say to you?”

“Wonderful!” said Nasruddin Hodja. “Wonderful! Let those who know tell those who do not know.”

And Nasruddin Hodja gathered his robes around him and descended from the pulpit. Free. For one more week.

“Three Fridays.” Yashinsky, Dan (collected by). Tales for an Unknown City: Stories from One Thousand and One Friday nights of Storytelling, Montreal and Kingston: McGill-Queen’s University Press, ©1990. pp. 17-19.