Grade Level:
9, 10, 11, 12
Keywords:
Character Education: Responsibility
Folktales
Generosity of Spirit
Menomini
Native Americans
Native Peoples
North America
Responsibility
Thunder Deputizes the Eagle (The)
A Native American Cherokee Tale: The Eagle has been chosen by Thunder, the Ruler of all the Earth and Heaven, to give specific traits to all of the animals. An illustration for a discussion on responsibility and power. 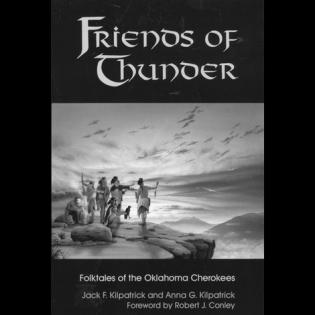 Long ago, Thunder spoke to every wild creature—everything that flew or everything with four legs—and, to the Eagle he said, "I appoint you Ruler. You must have a meeting with all wild creatures, and you must answer all their requests. If you think they (the creatures) should be a certain way, you make them that way. You must ask them what they want to be," said Thunder.

So the Eagle called a meeting. All kinds of birds came to it. When they arrived, the meeting was called to order. He (the Eagle) asked each of them what he wanted to be able to do.

The Quail, who was very selfish when asked about anything, immediately arose and went and stood beside the Eagle.

"Couldn't you give me power so that when a man sees me fly, he will instantly die of fright?" the Quail asked the Eagle.

"No," said the Eagle. "You are entirely too small. I could not give you that kind of power. But I can go this far: I can let you fly, and when a man hears you fly, he will become frightened," said the Eagle to the Quail.

The Quail said, "All right."

That's the reason why when we hear one [a quail] flying, we become frightened because he makes a whirring noise. That's all the power he was allowed.

Next came the Terrapin that crawls on land. "I would like to be able to produce a poison that kills people. Allow me that kind of power," he said to the Eagle.

"No," said the Eagle. "You are entirely too slow and too small."

Thunder and the Eagle had a conference. (Thunder was the Ruler of all the Earth and Heaven. That’s why he appointed his best friend as Ruler of the Earth.)

The thing I remember about the doings of the Eagle is that he gave a power to the Chickadee. He (the Chickadee) was given the power to be something like a fortuneteller among people in that he could go where people were, and if they were going to have visitors, he could inform them ahead of time. This could be done by flying to a tree near them and singing a joyous song.

"Would you give me that kind of power?" asked the Chickadee. So he was given that power. That's why the Cherokees say when they see a chickadee fly into a tree, "The Chickadee says somebody is coming." That's the power that was given to him, they say.

Then the Redbird, the beautifully singing bird, came up: "Let people have faith in me. I want to be able to sing joyful songs when it is going to rain."

So he was given that power. That's why the old Cherokees all believe that when they see this bird singing atop a tree, it will rain. That's all the power he was given.

The Shrike came up and said, "All I want is to be an expert dance-caller." And so he was given that power.

That’s all I know.