Trouble with Helping Out

Grade Level:
9, 10, 11, 12
Keywords:
African American
Folktales
Generosity
Generosity of Spirit
Gratitude
South America
Surinam
Trouble With Helping Out (The)
Trust
An African American (Suriname) Tale: When a hunter helps a snake out of a hole he expects the snake to be grateful and not to harm him. The two argue about the logic of returning evil for good, asking others to advise them. Anansi the spider creatively gets out of answering the question. What kind of expectations do we have when we offer assistance or kindness to another? 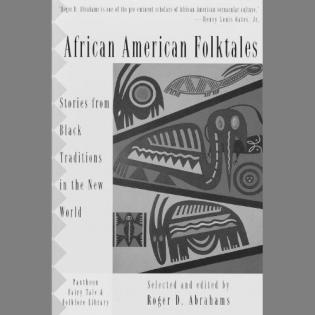 One time, one time there was a big fire in the wood. All the trees were in flames, and nearly all the animals were burned to death. To get away from the heat, Snake slithered into a deep hole. The fire went on for a long time, but was at last put out by a heavy rain. When the danger was over, Snake tried to climb out of the hole, but try as he would, he could not get up the sides. He cried out to everyone who passed by to help him; but nobody dared to help because they were scared of getting bitten by him. To each he promised not to bite, of course, but no one would take the chance.

At last, a hunter came along and took pity on Snake and pulled him out. But as soon as Snake was free, he turned on Hunter and was about to bite him. “You can’t bite me after I pulled you out of the hole,” said Hunter. “And why shouldn’t I?” asked Snake. “Because,” explained Hunter, “you shouldn’t harm the one who has been kind to you.” “But how am I sure that everybody acts this way?” said Snake. “All right,” said Hunter, “let’s put the case before a competent judge!” Snake agreed. So together they set out for the city.

On the way they met Horse. Hunter and Snake told their story again, and asked if anyone should return evil for good? Horse neighed, saying that he was usually whipped for his good services to man. Then they saw Donkey and asked him the same question. Donkey hee-hawed, saying that was beaten with a stick for his good services to man. Then they met Cow and told her the story and asked her if it was right for Snake to act this way. Cow bellowed that she expected to be slaughtered for her good services to man. Snake then claimed that he had won the case and lifted his head to strike Hunter. But Hunter said, “I don’t agree yet; let’s put the case before Anansi, who is very wise!” Snake agreed, and so they continued on their way.

Well, they came to the city where Anansi dwelled and it so happened that they found him at home. They told him al that had happened, and what Horse, Donkey, and Cow had said, and then asked Anansi to settle the dispute fairly. Anansi looked thoughtful, and shaking his head, said, “My friends, I cannot say who is right until I have seen with my own eyes how everything happened. Let us go back to the exact spot.”

Well, then, all three walked back to the hole in the wood out of which Hunter had helped Snake, and Anansi asked them to act out everything just exactly as it had happened. So Snake slid down into the hole and began calling for assistance. Hunter pretended to be passing and, turning to the hole, was about to help Snake out again when Anansi stopped him, saying, “Wait, I will settle the dispute now. Hunter must not help Snake this time. Snake should try to get out without any assistance, so that he will appreciate a kind act.” Snake had to stay in the hole, and he was hungry the whole time. At last, after many tries he just managed to get out. But experience had been a good master, and Snake had learned his lesson well.

Well, some time later, Hunter was caught poaching in the king’s woods and was thrown into prison. Snake heard of it and made up his mind to help Hunter, so he hastened to the king’s palace. Unobserved, he approached the king. When he got a good chance, he suddenly bit the king, and succeeded in making his escape before any one could catch him.

Then he made his way to the prison in which Hunter was confined and found a way to enter it. He calmed Hunter’s fears and said, “A while ago, you did me a favor, and now by experience I have learned to appreciate it. I come to aid you. Listen! I have just bitten the king and he is very sick and will die from the poison. I bring you the only cure for my bite. It is known to me alone. Send word to the king that you can cure him. But that you won’t do it unless he promises to give you his only daughter in marriage.” So saying, Snake gave Hunter the cure, using three different kinds of leaves, and then he left.

Hunter did as Snake told. He sent word saying that he could cure the king, and asked as his reward his release from prison and the king’s daughter in marriage. The king was afraid that he was dying and so he consented.

The king was quickly cured to health, and Hunter married the princess, and I know because I [was] at the wedding.

Used with the permission of the American Folklore Society. www.afsnet.org

Related Resources
The Young Man Who Refused to Kill
The Woodcutter
The Story Bag
https://www.learningtogive.org/sites/default/files/link_bg1.jpg