The classroom is matched up with another classroom (or any group of people) in the country or the world. The students communicate by letter or e-mail and compare characteristics of place such as methods of transportation, weather, resources, and culture. Students will eventually work with their pen pal classroom to design and implement a service project. 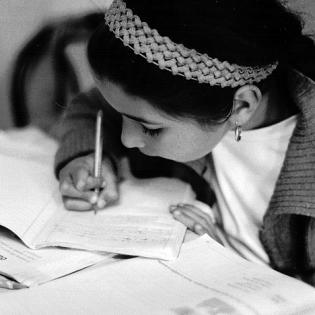 Choose a pen pal classroom for your classroom in advance. This may be a group of elderly residents locally or a classroom in a community that is very different from your own in climate, location and type (urban/rural/suburban). You can find some resources for classroom pen pals by doing a Google search with the key words “classroom pen pals.” In your introduction, find a teacher who is ultimately interested in doing a service-learning project with your class.

Adaptation:  Whether teaching in person or in a virtual classroom, teachers can help support student self-regulation with the goal toward helping students manage big emotions and improving educational outcomes.

Discuss this project at home and ask for suggestions from families. When the students receive their pen pal letters, allow them to bring the letters home to share. Encourage students to find out whether their parents/guardians had pen pals and how they met them. This could spark an interesting and meaningful discussion at home.

Writing assignments will be checked for spelling, sentence structure and neatness. Did each letter contain at lest two descriptions (climate/routines/attributes) of their community? Assess student contributions, enthusiasm and reflections.