Luck of a Child

Grade Level:
9, 10, 11, 12
Keywords:
Folktales
Generosity
Generosity of Spirit
Giving
Kuridstan
Luck of a Child (The)
Poverty
A Tale from Kurdistan: A poor man and his wife are lamenting their poverty when a stranger appears asking for some straw. The couple gladly gives him some straw, and they soon find out that the stranger, the prophet Elijah, has bestowed many blessings on them. Generosity is always possible, no matter how poor we are. 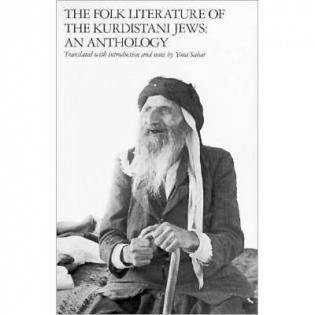 Once upon a time there lived a husband and wife who were very poor and had nothing at all in their house. The wife, who was pregnant, gave birth to a son at ten o'clock at night, but she had nothing with which to wrap the tender babe. The poor father groaned and cried, "We have no clothes, not even some wool, to cover the babe, and he may die by morning."

Suddenly a man appeared, stood at the entrance to the room, and said, "Peace be upon you! Do you have some straw to lend me? My wife has just given birth, and we have nothing to lay the child on. He may die of the cold." The couple replied, "We are very poor, but we do have some straw. If you want it, please take it."

The man took his cloak, (the Hebrew word is tallit, “prayer shawl" or “cloak") filled it with straw, thanked the couple, and went off. As he stepped outside he threw the straw down next to the door, but the couple did not notice.

After the stranger had left, the husband said to his wife, "Look how rich we are! There are people who do not have even straw, and we are rich compared with them."

In the morning the husband got up, went outside, and found there many silver and gold dinars. He called his wife and said to her, "Look how much silver and gold we have behind the door!" They realized then that the man who came at night to ask for straw was none other than the prophet Elijah, of blessed memory, and that the straw had turned into silver and gold.

The husband went to the marketplace and bought the necessities for his home, and the rest of the money he hid away in a vessel, saying to his wife, "Let us flee from this town, for its people are wicked and jealous. If they learn that we have become rich, they will slay us."

So they fled to a town where no one knew them, and there they asked, "Is it possible to build here a fine, good house?" A man replied, "I have such a fine, good house. If you like it, well and good; if not, do not buy it."

The couple decided to buy the house. In the evening they went to look at it. As they walked through the rooms, they noticed a bulge in one of the walls. The wife touched it with her finger, and behold, the stone moved from its place and revealed an opening in the wall full of silver and gold. The husband said to his wife, "Look, God has granted us even more than before."

The next day the couple were about to talk to the landlord, but he said to them, "I am the same man to whom you gave straw, and I changed it into gold. That gold was the good luck of your son. This house is your own good luck, and the bulge in the wall is your wife's good luck. May you live in happiness and good fortune ? please know that I, the prophet Elijah, am blessing you." Having finished his statement, the prophet Elijah ascended in flight to heaven.

Related Resources
The Old Alchemist
A Couple of Misers
Ma’ruf the Shoemaker
https://www.learningtogive.org/sites/default/files/link_bg1.jpg